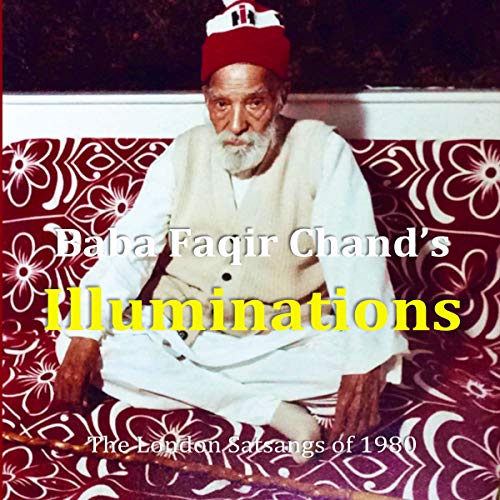 I am fortunate to be able to publish Baba Faqir Chand's satsangs as presented to Harjit Singh Sandhu and skillfully translated by Pulkit Bose. First as a series in Sach Khand: The Journal of Radhasoami Studies and now in book form. These talks that were given in London, England, in 1980 are genuinely remarkable for their utmost clarity and penetrating insights into the nature of spirituality.

Baba Faqir Chand is unique amongst masters, since he (unlike so many other gurus) was exceptionally honest about his experiences and what he learned from them over the course of his long life. Perhaps Faqir's most fundamental realization was that inner visions are a projection of one's own mind and not due to the religious leaders that we attribute to them. As Faqir said so pointedly on many occasions, “Now, you see no Jesus Christ comes from without in anybody's visions. No Rama, no Krishna, no Buddha, and no Baba Faqir comes from without to anybody. The visions are only because of the impressions and suggestions that a disciple has already accepted in his mind. These impressions and suggestions appear to him like a dream. No body comes from without. This is the plain truth.”

I have had the privilege of knowing Baba Faqir Chand personally and have read almost everything available by him in English. He has provided us with an amazing cornucopia of wisdom on such subjects as karma, meditation, and ethical living. Yet, I must confess, that I find the satsangs that he gave to Harjit Singh Sandhu and Simret Kaur Sandhu in London, England, in 1980, to be unique. They are extraordinarily powerful in their import and reveal in a nutshell the very essence of Faqir Chand's radical thinking.

I have read through these satsangs several times and in each instance I discover something new in them. Faqir's satsangs are akin to a multifaceted jewel, shining forth with crystalline illuminations.

What listeners say about Baba Faqir Chand's Illuminations: The London Satsangs of 1980