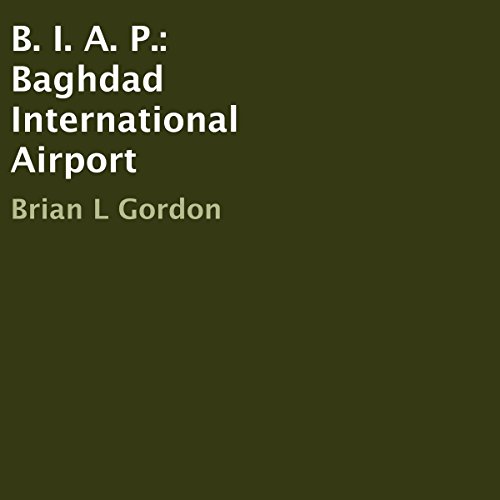 B. I. A. P.: Baghdad International Airport

B. I. A. P.: Baghdad International Airport

Though Americans have seen plenty of news updates on the Iraq War since 2003, few know what it’s like to actually live through the harsh conditions on a daily basis.

Serving first in 2003, Gordon drives a truck delivering bulk fuel and must regularly dodge rocket-propelled grenades and IEDs. His unit also takes on heavy firefights and rocket launcher attacks while manning the water point at the Euphrates River.

Though his division is eventually investigated for conspiracy to sabotage their own vehicles (in order to remain safely back at base), Gordon bravely serves a second tour in 2004 with a new unit, this time delivering tanks and artillery in and out of northern Iraq. This assignment will test him and his comrades to their limits when a mission turns into a twenty-one-day hostage situation at Baghdad International Airport.

B.I.A.P.: Baghdad International Airport gives readers the opportunity to experience the life of a combat soldier struggling with PTSD, striving to serve his country and protect the lives of his comrades.