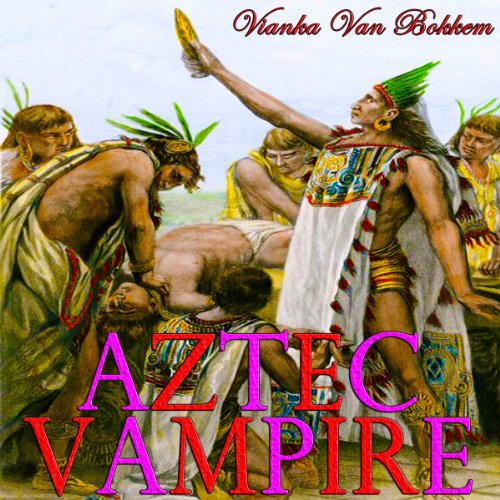 By: Vianka Van Bokkem
Narrated by: Debbie Andreen
Free with a 30-day trial

In twenty minutes my eighteen-year-old twin sister Quetzali is going to be sacrificed to our bloodthirsty Gods that need to be pleased.

Quetzali and I are Aztec slaves that were chosen by a group of 'brujos' (male witches) from Tenochtitlan. One of the reasons why we were chosen was because we were born with green eyes and because Aztecs have dark eyes it was interpreted as a bad omen.

There is a secret surrounding my birth. I will be torn between revenge and my attraction for two handsome vampires; Luca the Italian who turned me into a vampire and Enrique the charming Spaniard.

With the help of Maxtla the Tepaneca werewolf leader, we are going to try to stop a more dangerous kind of brujo that call themselves Brujos del Diablo (Devil's witches) from performing human sacrifices.

What listeners say about Aztec Vampire