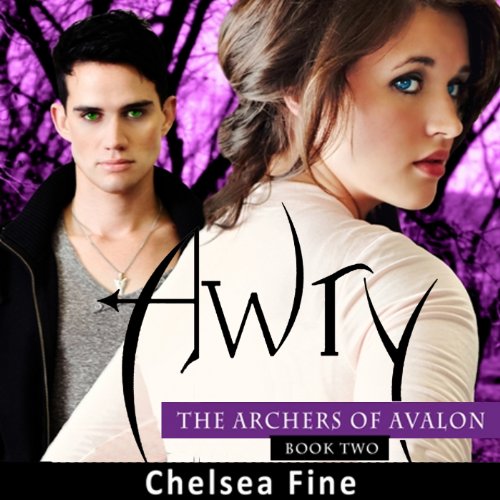 By: Chelsea Fine
Narrated by: Carla Capretto
Try for $0.00

Three curses. Two brothers. One love triangle. Sometimes love is meant to be. But sometimes... love is the death of you.

17-year-old Scarlet has just died. Only, dying isn't unusual for a girl under a centuries old curse that left her semi-immortal. This time, though, she comes back to her current life instead of awaking in a new one, and she realizes her curse is changing. With the help of the immortal Archer brothers, Scarlet tries to piece together her life and break the curse before her impending death comes again.

What listeners say about Awry

Love that survives five centuries is two thumbs up in my book. Scarlet is cursed along with twin immortal brothers that she happens to be in an epic love triangle with. Tristan and Sebastian both love Scarlet but only one of them is her true love but she can't remember which one it is. The brothers have all of their memories of all of Scarlet's past lives but they won't let her in on the secret ( bad boys...) Scarlet slowly starts having flash backs of past lives until the end of the book she remembers everything. Love triangle, immortals, evil witches and awesome banter. I like this series a lot, being a mom it is weird listening about a hot immortal guy with the same name as your son, but whatever... it happens. I only have minor complaint, like the narrator, she wasn't horrible, but she wasn't great either...AND Scarlet's best friend Heather embodies the stereo typically teenage blonde a little too well...and sometimes I find myself wanting to break my ipod every time she says "OMG"...ugh....enough with the OMG's!

I prefer to say that I have a interesting time listening this book. I enjoyed myself. The sequence is indendiary.

At first I didn't like, but I needed to listening the last 3 chapters again, and I thought the ending give us a link to read the third book, and discover what will happen with everybody.

What aspect of Carla Capretto’s performance would you have changed?

Nothing, I liked her.

Did Awry inspire you to do anything?

To be honest, no. But I'm anxious to listening the last book.

The Archers of Avalon is a wonderful series. Very simple, but great. Like I said, I enjoyed listening the book, and I'd recommend to my friends as a soft listening.