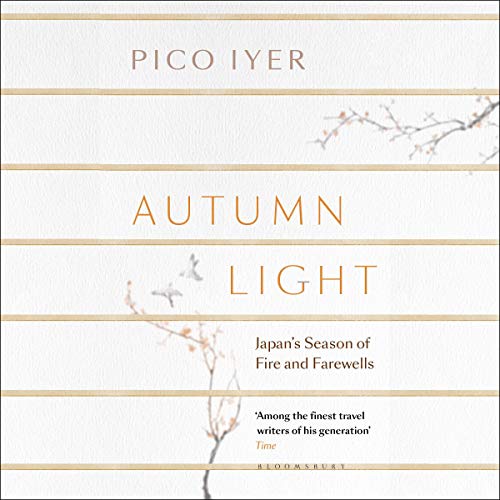 By: Pico Iyer
Narrated by: Sartaj Garewal
Try for $0.00

For decades now, Pico Iyer has been based for much of the year in Nara, Japan, where he and his Japanese wife, Hiroko, share a two-room apartment. But when his father-in-law dies suddenly, calling him back to Japan earlier than expected, Iyer begins to grapple with the question we all have to live with: how to hold on to the things we love, even though we know that we and they are dying.

In a country whose calendar is marked with occasions honouring the dead, this question has a special urgency and currency. Iyer leads us through the autumn following his father-in-law’s death, introducing us to the people who populate his days: his ailing mother-in-law, who often forgets that her husband has died; his absent brother-in-law, who severed ties with his family years ago but to whom Hiroko still writes letters; and the men and women in his ping-pong club, who, many years his senior, traverse their autumn years in different ways.

And as the maple leaves begin to redden and the heat begins to soften, Iyer offers us a singular view of Japan, in the season that reminds us to take nothing for granted.

"What holds everything together, besides Iyer’s elegantly smooth prose style and gift for detailed observation, is a circling around the theme of autumn in Japan and this autumnal period in his life. There's much wisdom in what he says>" (New York Times Book Review)

"A tender meditation on both Japanese culture and the impermanence of life." (National Geographic Traveller)

What listeners say about Autumn Light