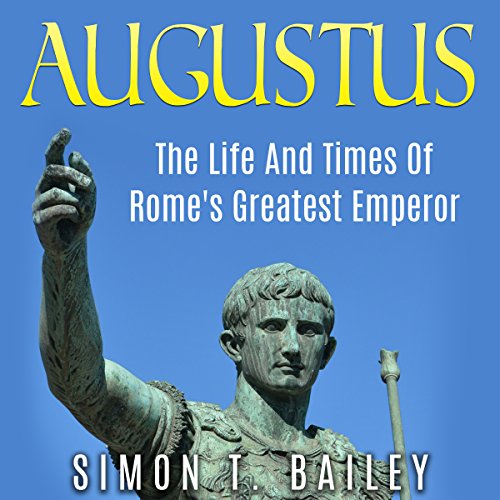 Augustus, born Gaius Octavius Thurinus in 63 BCE, was the first emperor of Rome. From the moment his great-uncle and adoptive father, Julius Caesar, died when he was 18, his life was one action-packed conflict after another. From the unexpected inheritance of a hefty fortune and a heap of responsibilities, to fighting off a foe who should be a friend, to seeking revenge on Caesar's assassins, he had his work cut out for him. Throw in an affair with a beautiful woman who happened to be pregnant and married to an aristocrat, an unruly daughter, and roomful of senators who just didn't know how to get things done, and you've got one heck of a life.

Augustus succeeded at many things during his nearly 40-year run as the leader of the Roman world. He reinvented the skyline of Rome, had the sewer system cleaned out and made to function, conquered Egypt and routed their plentiful grain to a starving Roman Empire, and promoted traditional Roman family values - not to be confused with traditional modern American or Western European family values - by giving attractive benefits to those who got married and had multiple children.

Along with revitalizing the city, Augustus sought to promote great writers like Virgil and Horace and encourage a renewal of religious piety. Changing laws was easy enough, but changing hearts proved to be a rather difficult matter.