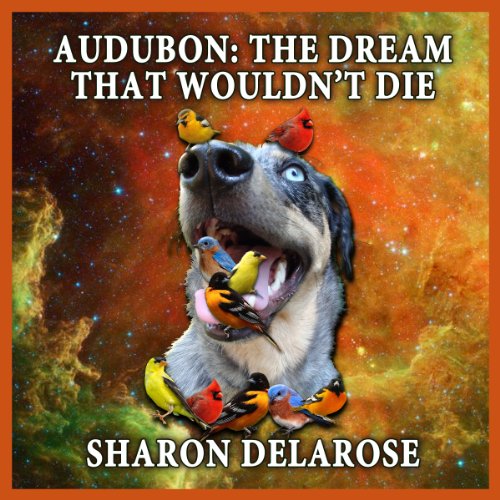 By: Sharon Delarose
Narrated by: Allie Mars
Try for $0.00

Does the name "Audubon" make you think of birds? If so, then no one would be more surprised than bird man John James Audubon himself, who feared that he would die unknown.

Today his name is recognized all around the world, but during his own lifetime he was just another man with a dream that nobody wanted to support. His dream was to publish a series of bird books that featured his lifelike bird sketches, so that all the world could know birds as he did.

People told him he wasn't good enough. They cheated him, ignored him, and did everything in their power to discourage him. In spite of the obstacles he pushed forward, sometimes working in temperatures so cold that his fingers could barely hold a pencil to draw. He slept outdoors on the ground when he couldn't afford to pay for lodging, and he performed gruesome and disgusting jobs to earn money.

Audubon was a self-published author in the 1800s, and publishing was a daunting task in those days. Out of his own pocket he hired editors, printers, engravers, colorists, and then had to convince people to buy his books without the ease of Internet communication. Selling a book was harder than publishing it. Even in his day, the people with the most money expected to get the books for free, books that he had to pay to have printed.

His story is for everyone with a dream. The next time you're feeling doom and gloom, wondering if you should give up your dreams, let the incredible story of Audubon uplift you. He overcame seemingly insurmountable odds, pushed forward when all hope seemed lost, and not only achieved comfortable success, but left a scientific legacy that spans the entire world and still lives on long after his death.

What listeners say about Audubon: The Dream That Wouldn't Die

a brief review of Audubon

I had been looking for a book about the life of Audubon and found this very short story. The author primarily covers Audubon's struggle to draw, self publish, and promote his bird books. The life like bird's he painted were not in style in the late 1700 and early 1800 when Audubon lived. He let his wife provided for the family while he worked on his bird pictures and he worked to earn money to self publish. This short story only whetted my desire to learn more about Audubon.

A bad treatment of a complex man

Absolutely no nuance. The author tries to make Audubon into a wonderful human worth emulating while ignoring his many huge faults.

One Man One Dream

The book was way to short. And only told a short part of the beginning of James Audubon life. I wish I had bought it rather than use my monthly credit.