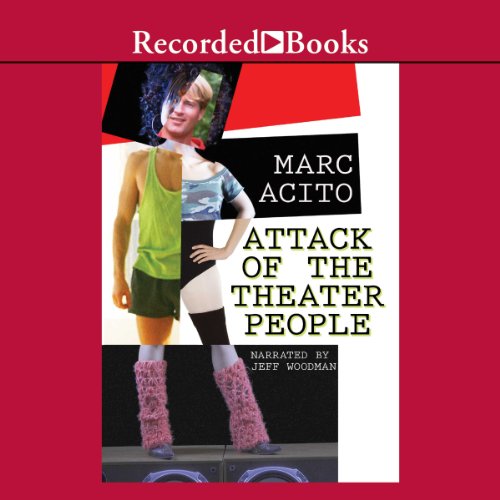 Attack of the Theater People

Attack of the Theater People

Best-selling author Marc Acito has been praised for novels that remind audiences "what a blast immaturity can be" , including How I Paid for College. In the sequel, Edward Zanni has been kicked out of drama school because he's just too "jazz hands" for Juilliard. He moves to New York City and lands a job working as a stealth guest at corporate parties. When he gets caught up in an insider trading scandal, his crew of theater friends comes to his rescue.
©2008 Marc Acito (P)2008 Recorded Books

Revenge of the sequel.

This book is a sequel to "How I paid for college..." and is very similar in style and substance. And that is its strength and weakness. On the plus side it is light and very funny. But the downside is significant with almost no character development from the first book and the plot, narrative and characters are very predictable. I loved the first book, but once was enough.

Even though some of the stereotypes get tiresome, I would listen to this book again just to re-guffaw at the tidal wave of outrageous similes and metaphors. This book is much like the first one; if you loved that one, you're likely to love this one, and vice versa.