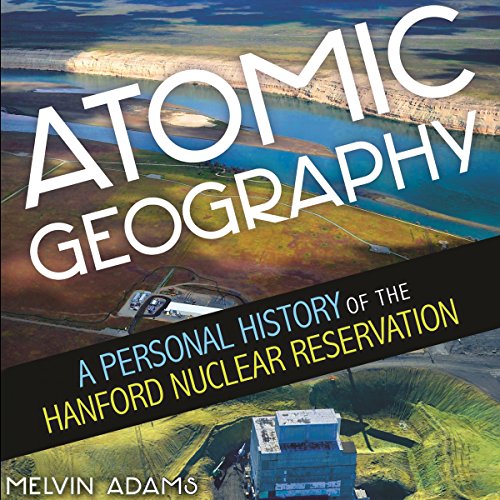 By: Melvin R Adams
Narrated by: James Killavey
Try for $0.00

Perhaps the first environmental engineer at Hanford, Melvin R. Adams spent 24 years on its 586 square miles of desert terrain. His thoughtful vignettes recall challenges and sites he worked on or found personally intriguing - like the 216-U-pond, contaminated with plutonium longer than any other place in the world.

In what Adams considers his most successful project, he helped determine the initial scope of the soil and solid waste cleanup. His group also designed and tested a marked, maintenance-free disposal barrier, expanded a network of groundwater monitoring wells, and developed a pilot scale pump and treatment plant.

Adams shares his perspective on leaking high-level waste storage tanks, dosimeters, and Hanford's obsession with safety. He even answers his least favorite question, insisting he does not glow in the dark. He leaves that unique ability to spent fuel rods in water storage basins - a phenomenon known as Cherenkov radiation.

What listeners say about Atomic Geography

Good story but I have spent time at the reservation so I was preconditioned to the history. It maybe of interest to someone who likes history or is involved in one of the sciences.

Interesting insight into a nuclear facility

This book is more interesting than it first sounds. Attached to the general function of a memoir, there are some interesting facts. The science behind dealing with the clean up of a nuclear base and test site. The systems used in containing nuclear waste and preventing polution of local aquifers. It is not a celebration or an apology for nuclear weapons research of the past, just a description of the clean up. I was intrigued by the inclusion of an archeologist in part of the project. The reason being to include somebody who has expertise in symbolism. The thinking being that in ten thousand years nuclear waste needs to be understood as hazardous. We need to label it today in such a way that it will be understood as such in the future.