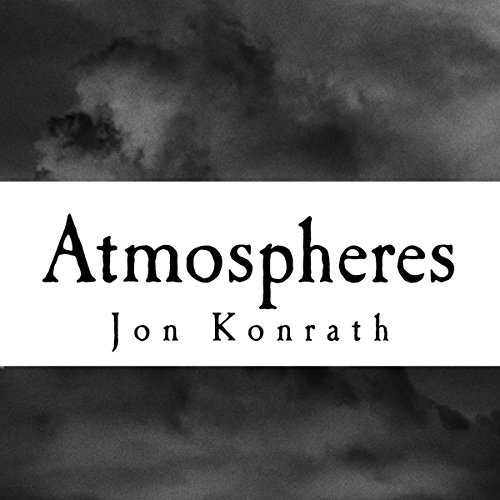 By: Jon Konrath
Narrated by: Rob Shamblin
Try for $0.00

No plot summary can suggest the mesmerizing texture of this caustically hilarious, aggressively mordant, constantly surprising and terrifyingly fun summation of the death-by-choking-on-hubris of the American dream in the 21st century. An unconventional abstract experiment depicting the elusive search for meaning within a chaotic world on the verge of collapse, this challenge to listeners presents a mosaic of nightmarish, post-modern prose in the form of a non-linear novel exploring the existential definition of life. Quickly unfolding into a wildly imaginative world of death metal, serial killers, absurd cultural references, and sketches involving cough syrup abuse, post-apocalyptic chaos, and self-fulfillment through drone warfare, the book explores a descent into chemical imbalance and sexual horror. Rendered in several narrative forms, the 101 disconnected pieces within this three-act novel forms a psychedelic story arc spanning the journey of the narrator to find the meaning of life within a near-future filled with chaos and destruction, to mine the depths of his nostalgia and explore the far reaches of the imagination to find satiation and serenity that no amount of sex, drugs, money, power, fame, therapy, or consumer electronics could touch. Dodging from past to present to future, Konrath's writing often goes meta and breaks the fourth wall, varying from between painfully honest personal narrative and grotesque dark fiction.

Atmospheres is as unnerving as it is enthralling, and is more disturbing than a cutthroat gang of genetically engineered Franz Kafka clones who've been spawned in petri dishes filled with PCP and fecal matter showing up at your door wearing Reagan masks and polyester leisure suits, wrestling in a wading pool filled with viscera and tapioca pudding.

What listeners say about Atmospheres