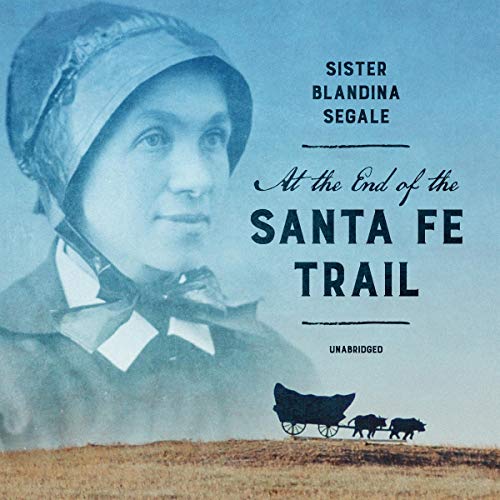 At the End of the Santa Fe Trail

By: Sister Blandina Segale
Narrated by: Kera O'Bryon
Try for $0.00

At the End of the Santa Fe Trail is a book by Sister Blandina Segale about her fascinating experiences as a young Catholic nun in the southwestern United States from 1872 to 1892. At a time when lawlessness and brutality were the norm, Sister Blandina displayed courage, tough-mindedness, and a deep religious faith in service to the less fortunate. She not only doctored sick and injured individuals but also established hospitals and orphanages and reconstructed a convent.

Sister Blandina's well-written account tells of working with immigrants, Hispanics, and Native Americans who were losing their land to swindlers. A member of the Sisters of Charity of Cincinnati, Sister Blandina was hard-working, courageous, charitable - and fearless. She is said to have twice faced up to Billy the Kid.

First published in 1932, her book is based on her journals and letters written to her sister Justina in her home state of Ohio.

The process of canonizing Sister Blandina to sainthood has been submitted to the Vatican by the New Mexico Archdiocese.

I enjoyed this book, it seemed to start a bit slow but it had some interesting stories in it.

End of the Santa Fe Trail

It was difficult to listen to the entire reading as it unfolded like a slow running drip. Although it offered some insights into the early development and charitable influences on the native Americans and the southwest country by early settlers, it also revealed unsettling bigotry- both among white landlords and religious sects. The benevolence of the Catholic Church and Sister Blandina was brave and honorable, but it was still unnerving to hear references to natives and blacks as “darkies” “savages” “poor natives devoid of culture”