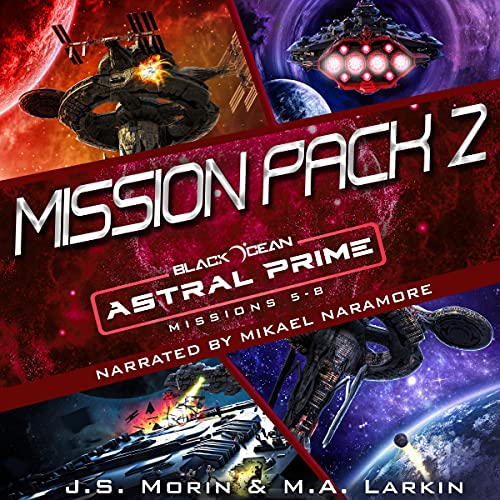 They'd discovered an ancient galactic wonder. Then, they discovered its owners.

By becoming the gateway to the mysterious and incalculably valuable Shadow Planet, Astral Prime had become prime galactic real estate. Poised at a nexus of religious pilgrimage, scientific curiosity, and military obsession, the site could be the key to the future of the Milky Way.

The syndicate had given her an ultimatum: disappear. Watched and wary, Fujita Hiroko obeyed for years, burying herself in work. Now, one of the galaxy's most recognized faces, owner of the universe's must-see tourist trap, she can't hide any longer. And that's going to cost her.

With Astral Prime in chaos, Kendra hatches a desperate attempt to use forbidden alien technology to bring a friend back from the dead. As the struggle for control of the station unfolds, her efforts go horribly awry and plunge everyone into a strange and unfamiliar universe.

They toyed with forces they didn't understand. Now, the inhabitants of Astral Prime are going to pay the price. Their foray into an alternate universe has not gone unnoticed. Nor will it go uninvestigated.

In the aftermath of the station's invasion, Hiroko tries to rally the survivors around a new religion: hers. Combining her knowledge of anthropology with her alien enlightenment, she hopes to bring the galaxy together in spiritual awakening. Meanwhile, Cedric delves into the origins of the stations attackers, seeking a deeper understanding of why they came in the first place.

Bonus short story: "What Kane Did"

Ever wonder how our favorite crotchety, backstabbing chief engineer got the way he is? The secret lives of Roland Kane unravel in this retrospective short story.

Hey look, the 50 hours of Black Ocean for one credit was great. You had a nice Firefly vibe going on, you had laughs, some drama, but not too much because you KNEW it would work out OK. This is not that, but still follows. Weird, I know. Just a bit more ...meat.

NARRATION excellent. Who is this Naramore guy? Men are men, women are women, different men are different men, aliens are... wtf, this guy is perfect narration. Enough said about him. He could be a real dirtbag in real life, but here, he’s EXCELLENT. As well as the other books. His wife/husband would probably agree, though I have no idea regarding that.

I like the philosophy. This is a serious (though still fun and games) take on ...life/stuff/afterlife/Ihavenoidea.... get it, you won’t regret it. Huh. That rhymed!