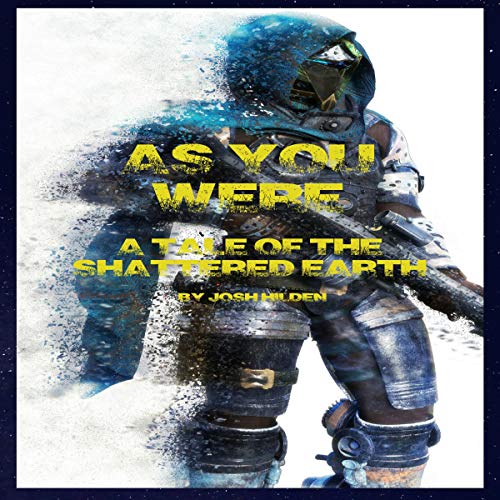 By: Josh Hilden
Narrated by: Zachary Johnson
Free with a 30-day trial

In the late 21st century the Earth was ripped apart by a series of supernatural catastrophes known as the Shattering. The complete collapse of human civilization was coupled with the return of ancient magic and tears in space time which transported a myriad of non-human beings to the planet and fundamentally changed reality forever.

This is the story of John Watson, an old soldier who has lived long enough to see the nation he fought for change and morph into something dark and reprehensible. In his final days John spins a tale of love, loss, darkness, and redemption in the lands of the Shattered Earth.

What listeners say about As You Were....

A short autobiography of a man's life of regret and redemption in a post-apocalyptic dictatorship. Enjoyable, and expertly narrated.

A well-written narrative and a likable protagonist make this story worth the read. It's short, but action-packed. The narrator was especially skilled at evoking emotion throughout the story. He portrayed John and his struggles with aging perfectly.