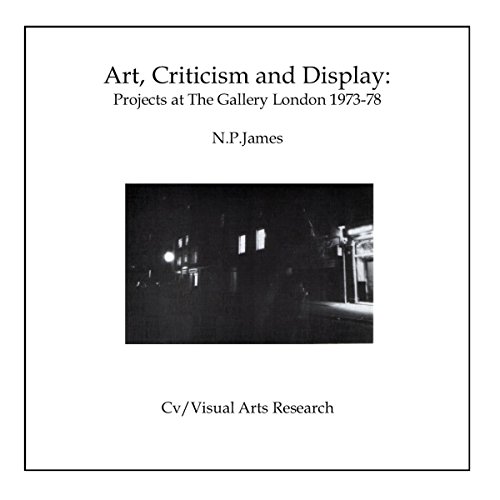 Art, Criticism and Display: Projects at the Gallery London 1973-78

In September 1972, three graduates rented two floors above a cash and carry warehouse at 65A Lisson Street, West London. After a couple of months, one emptied his studio, the first floor front room, and opened the space for exhibitions. There followed a spate of invented artists which made humorous comments on the high-flown conceptual arena.

In 1974, the gallery strengthened its identity with the Gallery London Displays, a series developed with sculptor Vaughan Grylls. The non-artist works featured documentary material with a concise graphic presentation. This led to projects with artists John Latham, Rita Donagh, Gerald Newman, and others. During its five years operation, the gallery forged an independent history with a remarkable flow of art and events.

What listeners say about Art, Criticism and Display: Projects at the Gallery London 1973-78