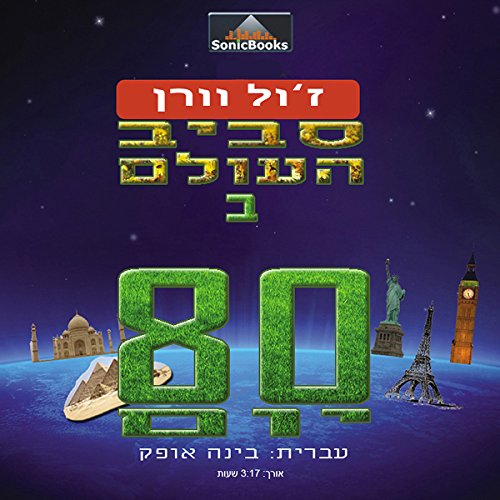 Around the World in Eighty Days

By: Jules Verne
Narrated by: Jonathan Kis-Lev
Try for $0.00

Around the World in Eighty Days is a classic adventure novel by the French writer Jules Verne, first published in 1873. In the story, Phileas Fogg of London and his newly employed French valet, Passepartout, attempt to circumnavigate the world in 80 days on a £20,000 wager set by his friends at the Reform Club. Jules Verne wrote about space, air, and underwater travel before navigable aircraft and practical submarines were invented, and before any means of space travel had been devised. Consequently, he is often referred to as the "Father of Science Fiction". Jules Verne is the second most translated author of all time, with 4,223 translations. Some of his works have been made into films.

Please note: This audiobook is in Hebrew.

What listeners say about Around the World in Eighty Days