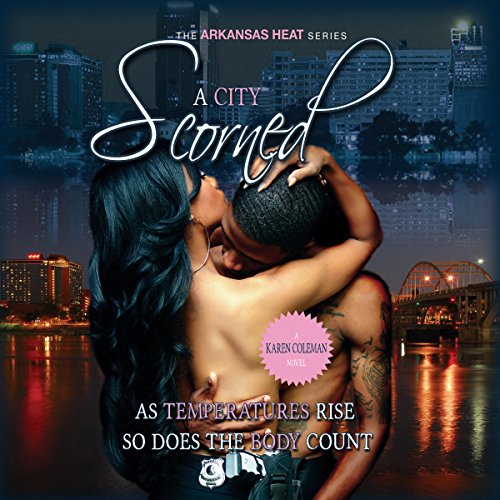 By: Karen Marie Coleman
Narrated by: Lacy Laurel
Try for $0.00

Fear grips the city as local prostitutes are being targeted by a sadistic killer. A close friend and colleague of Detective Jessica Barnes is found on the east end part of town unconscious, with the body of a dead female and a pile of evidence next to him. Is he the killer, or is he being set up? That's what Detective Barnes is determined to find out.

Initially she believed him to be innocent, but the deeper she probes the more all clues point toward his guilt. She finds herself torn between presenting key evidence to the police and keeping her friend's secret. A friend who saved her life. In the meantime Jessica begins spending steamy nights in the throes of passion with her young lover. It's getting hotter in the city, and as the temperature rises so does the body count.

What listeners say about Arkansas Heat: A City Scorned (Volume 1)