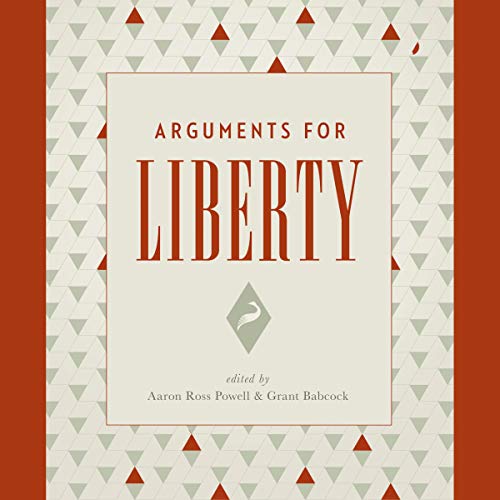 By: Aaron Ross Powell,Grant Babcock
Narrated by: Voicebunny
Try for $0.00

What's the best political system? What standards should we use to decide, and why? Arguments for Liberty is a guide to thinking about these questions. Two schools of thought have long dominated libertarian discussions about ethics: utilitarianism and natural rights. Those two theories are important, but they're not the only ways people think about ethics and political philosophy. In Arguments for Liberty, you'll find a broader approach to libertarianism.

In each of Arguments for Liberty's nine chapters a different political philosopher discusses how his or her preferred school of thought judges political institutions and why libertarianism best meets that standard. Though they end up in the same place, the paths they take diverge in fascinating ways. Listeners will find not only an excellent introduction to libertarianism, but also a primer on some of the most important political and ethical theories.

What listeners say about Arguments for Liberty