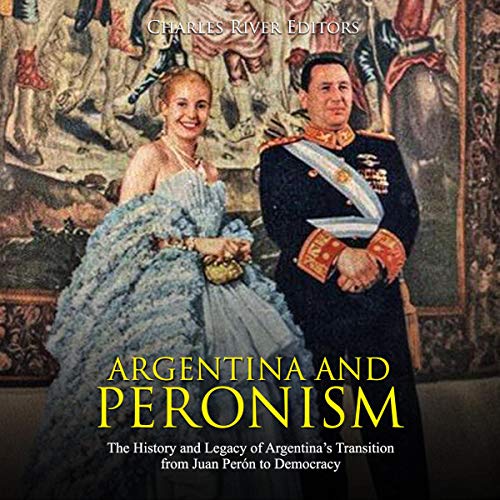 Includes a bibliography for further reading

Includes a table of contents

“It is a doctrine whose object is the happiness of man in the human society through the equilibrium of the material and spiritual, the individual and the collective forces.” (Raúl Mendé, Justicialism: The Peronist Doctrine and Reality)

Until the 1930s, nationalism had always tended to be a phenomenon of the right-wing or the immigrant anarchists and Bolsheviks. Now, however, the emphasis shifted to the middle ground, and ironically, one of the issues driving Argentine nationalism was the outsized British presence in Argentine affairs, stoked recently by the preferential trade agreement. Perhaps most importantly, the seizure by the British in 1833 of the Islas Malvinas (or as the British termed them, the Falkland Islands) remained a sore point.

This wave of cultural nationalism was very different to the more visceral, political nationalism that came before it, and it gathered a considerable following in Buenos Aires among liberal intellectuals and the middle classes. The movement was given further impetus by the outbreak of World War II and the freezing of European markets, along with the British emphasis on the imperial preference as a means of saving foreign currency. Calls began to be heard for industries to be nationalized, for goods no longer imported to be manufactured at home, and for a greater degree of protectionism and self-sufficiency. At the same time, Argentina’s neutrality during the war was punished by the United States, which excluded Argentina from a program of arming several Latin American countries. This struck the Argentine armed forces with a bout of the jitters in case they fell behind in matters of military preparedness.

After the tensions had mounted for over a year, matters played out precisely as Perón’s opponents had feared. By the final months of 1945, his popularity had soared, and it seemed inevitable that he would seize control of the military government if permitted to remain in power. His enemies organized a coup against him, arresting him on October 9 and stripping him of his ministries and titles, after which he was taken away from Buenos Aires and imprisoned on a small island controlled by the military. However, when the news of these events spread, his tireless work with the trade unions paid off, as these and allied organizations organized a mass rally in front of the Presidential Palace to demand Perón’s release. The rally attracted hundreds of thousands of supporters, making the military rulers realize that they were at risk of a full-scale revolution. The protestors refused to disband until Perón appeared free in front of them, and his captors finally relented, realizing how much more skillfully their nemesis had played his hand. Late on the night of October 17, Perón appeared on the balcony of the Casa Rosada, announcing to his cheering supporters that elections would soon be held.

Juan Perón won the February election with 56 percent of the vote, a commanding victory that gave him a free hand to pursue his policies, which sought a nationalistic drive for autonomy and economic power, as well as the creation of an expansive welfare state. It finally appeared as though Argentina had a strongman that might be able to hold onto power, but either way, it was now clear to most that there would be no going back. Perón, his policies, and the opposition to him would define the course of Argentina’s history for the next several decades.

What listeners say about Argentina and Peronism