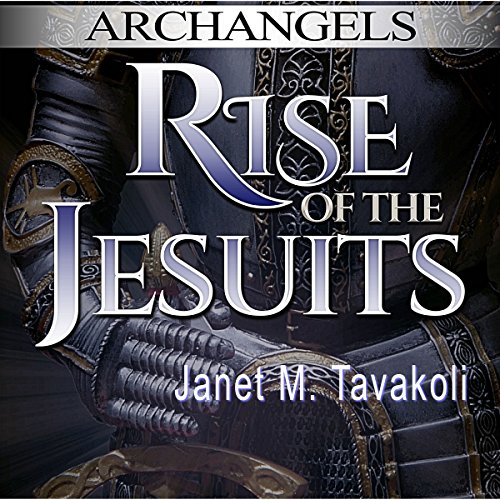 Archangels: Rise of the Jesuits - Volume 1

By: Janet M. Tavakoli
Narrated by: Paul Heitsch
Try for $0.00

When control of the Vatican is at stake, money talks, and nobody plays fair.

Italian intelligence specialist Michael Visconte is shocked by the brutal murder of a Jesuit priest, who turns out to be a hedge fund manager for the Vatican. The victim, Father Matteo Pintozzi, achieved an unblemished record of extraordinary returns.

The next day, Michael is visited by two Jesuits who ask him to investigate the murder, and Michael soon finds himself in the middle of a struggle for power and control over the finances of the Vatican. Unfortunately, his lucky break - one that should provide critical evidence - blurs the line between good and evil and not only endangers the lives of Michael and the Jesuits, but also imperils the lives of his wife and children.

From the back cover

”A word of advice Mr. Visconte. This is Vatican business. It's dangerous to forget that.”

Michael Visconte never forgot the Vatican Bank's $250 million payoff to the defrauded depositors of Banco Ambrosiano or the murder of Roberto Calvi. The fresh corpse at his feet told him it was far from over. He thought he already knew the consequences of double-crossing the Vatican.

But that was before he agreed to help the Jesuits blackmail the Pope...

"This fast-paced thriller... doesn't stint on intrigue... enough authenticity and adventure to ensure readers will keep turning the pages." ( Publisher's Weekly)
"As a financial murder mystery it is very good. [Narrator] Paul Heitsch does an excellent job with all of the characters." ( Audiobook Monthly)

What listeners say about Archangels: Rise of the Jesuits - Volume 1

I want the next volume in the series

Maybe you have to be interested in financial intrigue and/or be a cynical ex/catholic to love this. I didn't like the main character at the beginning because he was so self-centered, but he got better and the other characters were surprising and interesting. After the end, there was a history of what facts the novel was based on -- I love that stuff! Please get the next book out.

If the narrator seems bored, the listener will be.

I'm now listening to "Classified as Murder" and the BBC full-cast adaptation of "Neverwhere."

Actors should put just as much effort into performing the narrative as they do the dialogue. This narrator seemed to downplay the narrative and then “perk up” when he came to dialogue. He performed dialogue very well, demonstrating that he is a competent actor. I just wish he had applied those acting skills to the non-dialogue portions of the book, which, after all, almost always make up the great majority of any work.

If you could play editor, what scene or scenes would you have cut from Archangels: Rise of the Jesuits - Volume 1?

Long stretches of not much happening were broken by sudden spasms of extreme violence or explicit sex, giving the book a choppy, uneven quality. I would have removed the sex scene entirely and smoothed out the rest of the passages to give the book a more even tone.

On my first trip to Rome, my guide was an expert in Vatican politics, and ever since I’ve been fascinated by the behind the scenes political maneuverings of the upper hierarchy. I therefore thought a book about the Jesuits trying to save the Vatican from a Mafia/Vatican bank conspiracy would be interesting. It wasn’t, terribly.