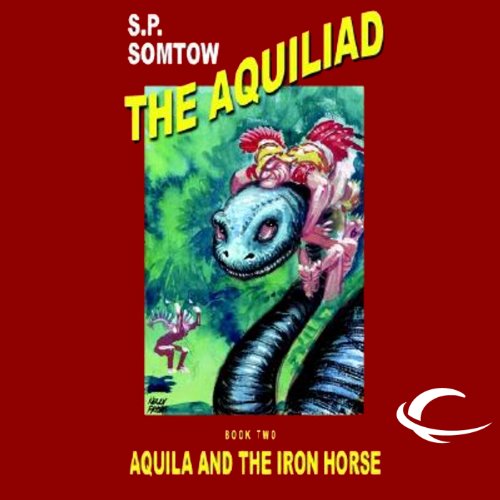 Aquila and the Iron Horse

Equus Insanus, son of the intrepid Aquila, finds the civilized life of Rome tedious. So he is eager to return to his native land of Terra Novo to assist in the construction of Caesar’s latest fancy - a transprovincial railroad.

But on this alternate Earth where the Roman Empire rules America, things seldom go as planned. Soon the project is beset with savage Indian raids and inexplicable disasters…and Equus’s father returns from the future with a dire warning: The evil Time Criminal is back and stronger than ever, and even Aquila of the time-trading Dimensional Patrol is powerless to act!

Now only Equus Insanus stands between the Time Criminal and the destruction of the universe!

What listeners say about Aquila and the Iron Horse