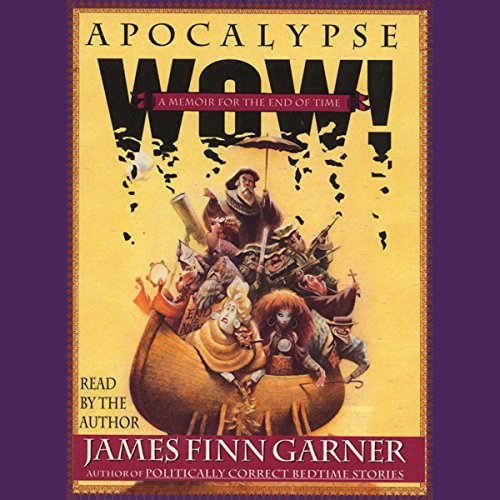 As the year 2000 bore down, the best-selling author of Politically Correct Bedtime Stories, James Finn Garner, confronts a series of monumental questions: Will we remember to order new checks from the bank? Did our invitation to the Kennedy New Year's party get lost in the mail again? Are we all poised on the brink of worldwide enlightenment or complete planetary destruction? Should you really bother investing in that Five-Year CD?

"Tonight," in the unforgettable words of The Artist Formerly Known as Prince, "We're gonna party like it's 1999." In this audio time capsule, the end is near...or at least nearer than it used to be, says Garner. Humanity is wracked by millennial panic and apocalyptic anticipation -- or if it isn't already, just wait until it reads Garner's latest (and last?). In it, he sets off on a slightly-to-the-South-of-skeptical pilgrimage in search of the truth behind the end times predictions."

One joke/premise does not a novel make

If you listen with about one-tenth of an ear and have a penchant for memes, go for it.

After this? Silence, for a while. Blissful, un-ironic, un-self-reverential silence.

What didn’t you like about James Finn Garner’s performance?

High glib factor; but then again, he is being true to the material.