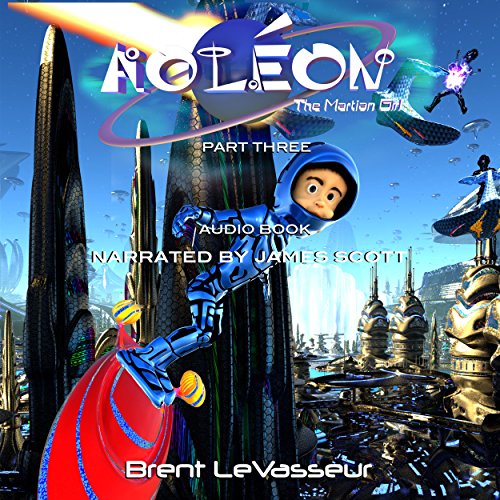 Spying on the Luminon, Aoléon and Gilbert uncover his plot to steal Earth's milk cows. They make the disturbing discovery that the Martian leader plans to disrupt Mars' galact supply. Hoping to reach the galactworks before the Luminon's saboteur, the duo races to warn Aoléon's father, Deimos, manager at the galactworks, that he is in danger.

While still on the run, Aoléon takes her pilot's exam, so she can join the Martian intergalactic exploration fleet. During the test-run, however, something goes horribly wrong. The two are put in a life-threatening situation, and only Bizwat, Aoléon's Procyon commando friend, can save them. Gilbert finally gets his chance to learn to skyboard, but the lesson turns into a test of skill as he and Aoléon are chased by the Royal Paladin Guards.

We have been enjoying this series very much. It keeps getting better and better. Looking forward to part 4! Aoleon, Gilbert and Bizwat and rock!