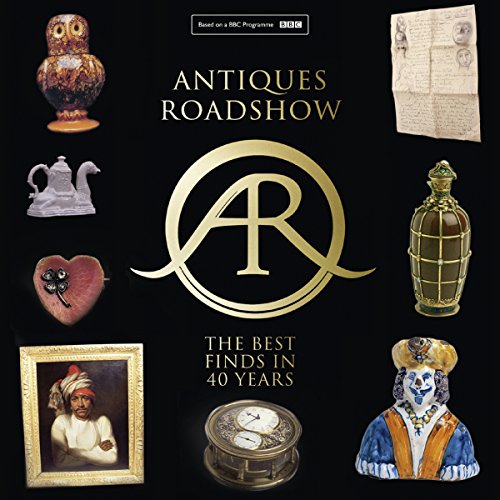 A collection of the timeless, the priceless and the unforgettable, this compendium accompanies the beloved BBC One TV series.

Gracing our screens for nearly 40 years, one of the nation's most beloved television programmes has become a national institution. The Antiques Roadshow has given the opportunity for thousands of unique stories to be told over the years as well as the introduction of many incredible characters. In this exclusive new compendium, some of the classic moments from the show are featured, providing an intriguing look at the fascinating history behind each object.

The show has created some historical television moments, including the Lalique vase which had been bought for a pound at a car boot sale and left in a loft, only to be valued at £25,000. Featuring a diverse mix of the fabulous finds from the show, this is a truly revealing book, uncovering many fascinating moments from history through each of the extraordinary items discovered in its 40 years.

What listeners say about Antiques Roadshow

What did you love best about Antiques Roadshow?

I gave this five stars but I had a printed copy of the book beside me so that I could view the pictures as I listened. I m not sure it would have been anywhere near as good without access to the photos.

I love that the book covered so many wonderful items - from silverwear to clothing, from teddy bears to vintage watches, from notebooks to jewellery etc

What was one of the most memorable moments of Antiques Roadshow?

For me the most moving story was the Status Quo tapestry made by a quadriplegic fan of the band.