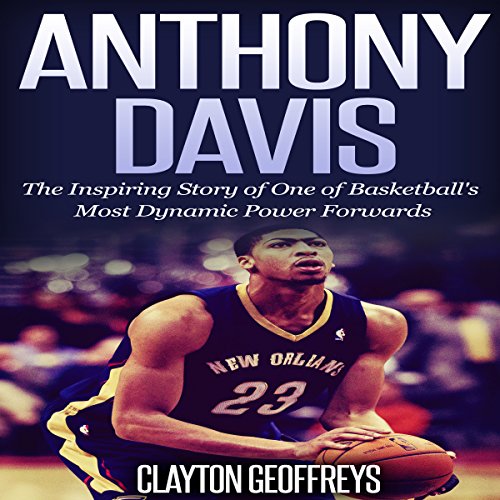 In Anthony Davis: The Incredible Story of One of Basketball's Most Dynamic Power Forwards, you'll read about the inspirational story of basketball star Anthony Davis. This short unauthorized biography of Anthony Davis highlights his fast rise into the role of a superstar at the young age of 21 (as of the 2014-2015 NBA season). The drafting of Anthony Davis by the New Orleans Pelicans completely redefined the franchise, as the Pelicans have continued to improve year after year since Davis entered the league. Now, alongside a talented supporting cast of Omer Asik, Eric Gordon, Jrue Holiday, Tyreke Evans, and Ryan Anderson, the Pelicans have continued to grow into a formidable team in the Western Conference. A franchise once lottery-bound has become one of the hottest up and coming franchises in the NBA today.

Listen on to learn about Anthony Davis' journey into the league, to his college year at Kentucky leading them to a National Championship before ultimately propelling into the NBA.