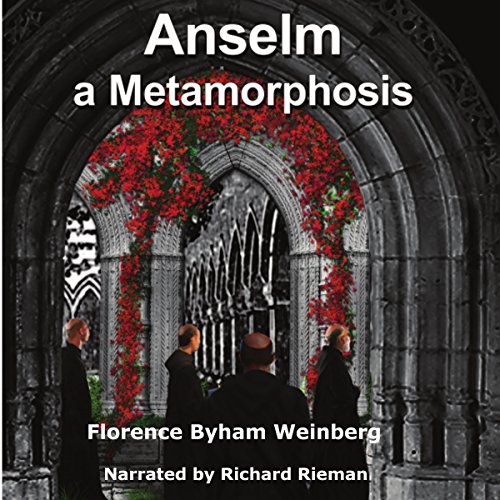 Christians believe the spirit survives the body. The philosopher Rene Descartes equated mind and spirit and tried to prove them totally separable from the body. Are they? Cocky young Professor Eric Behrens curses the world and wishes he were someone, anyone, else. He trips, is knocked out, and wakes in the body of a middle-aged, overweight Benedictine monk with a severe heart defect. He must survive in an alien environment and in a defective body, while trying to "go home again". Anselm: A Metamorphosis by Florence Byham Weinberg plays upon an ancient longing as well as ancient fears. What is it like, it asks, to wake up as another person, unrecognizable even to those closest to one, being in all but one way wholly new to oneself? That one way is an abiding sense of self-identity. In a fascinating tour de force, this novel follows the sudden change in the identity of a carefree young English professor into a middle-aged priest by exploring many layers of his consciousness.

This is one of those stories that stay with you. The exploration of what happens if you wake up in someone else's body has been done many times, but I haven't encountered it in such a depth as in this story before. I also found it to be really engrossing and action-filled, which I haven't anticipated.

The narrator isn't one of my favorites, but he does a good job with Eric / Anselm.

Give this a listen, it's a good one!

My heartfelt thanks to the author, narrator, or publisher for providing me this audiobook via Audiobook Boom at no cost in exchange for my unbiased review.

A very good book!A man says he would do anything to be someone else.He trips and when he gets up..he is!Never wish for something...you just might get it.Richard Rieman is the perfect narrator for this book.I was given this book free by the author, narrator or publisher.

The best thing about this one is the narrator. The story had great potential but just lost me half way through. I honestly don't know what could have made it better for me. The great narration is what kept me listening. I would try another book by the author because the concept was interesting. I was voluntarily provided this free review copy audiobook by the author, narrator, or publisher.

This audiobook was provided by the author, narrator, or publisher in exchange for my honest, unbiased review via Audiobook Boom

What happens when a young adult is flung into the body of an older, more mature munk? This story tackles the trials and tribulations he must face as he soon discovers the munk is not a Godly munk but one of a negative, worldly manner. What will happen? Will he survive the trials he must face? Will he be able to get back to his own body?

Richard Rieman has a clear, articulate voice. He is able to clearly identify the characters for the listener.

I really enjoyed this book. I felt the story was interesting and provoking. Really makes you think. Very enjoyable.

Not sure, a more interesting plot line

I think it had an interesting take on monks

From the first 3 minutes I knew I couldn't enjoy this book, but I made it to over 70% of the book and called it quits. The plot seemed really interesting but the story line was slow and in some places random and pointless. I just didn't get into this story. I received this book for free, in return for an unbiased review.