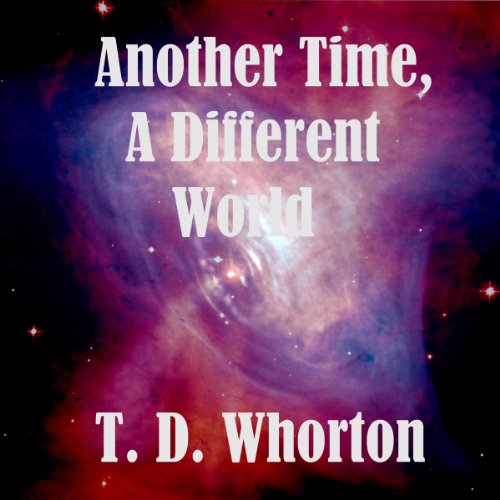 Another Time, A Different World

Jonathon Grade is a typical teenager living in 1972. His priorities in life consist of girls and cars but that soon changes when he finds a cryptic letter from his dad claiming he has traveled to the future. Jonathon must find his dad but during his journey what he discovers will change his life forever. The president of the future world saved mankind from extinction but now the citizens live in a dystopian society where they must reside in sterile buildings, called zones, because the outside world is too contaminated to live in but why? Finding the answer could cost Jonathon everything, including his life.

What listeners say about Another Time, A Different World

Some twists that I didn't expect! Worth the read.

This book has a couple of twists that I didn't see coming which is always a pleasant surprise since I feel I usually figure out the twists and plots in many books way before they're revealed. I thought it would be a typical time travel novel but it surprised me with the relationship between Kierra and Jonathon and without giving away spoilers, where it goes from there. I enjoyed the narration by Benjamin Armstrong and I would recommend this book for a credit or purchase. I plan to buy the sequel when it's released to find out just exactly what happens next.