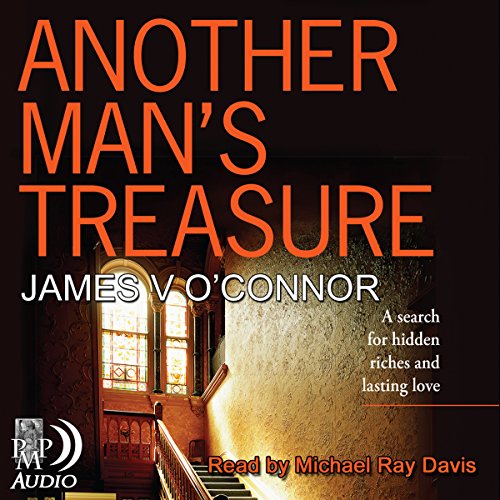 Handsome home organizer Ted has a double dilemma. As a devoted husband, he's struggling to resist the charm and seductive flirtations of Janet, a divorced client. Circumstances keep bringing her back into his life, fueling his wife's suspicions and inciting threats from Janet's jealous ex-husband.

Ted must also deal with the ire of James Smith, a demanding client who is convinced his eccentric father died leaving something of great value hidden in his cluttered and mysterious Victorian mansion.

Together , Ted and Janet interpret clues that lead to two surprising discoveries - one that captures the imagination of the city, and one that determines their fate.

Would you listen to Another Man's Treasure again? Why?

Probably would listen again. It's a fun story to listen to

What other book might you compare Another Man's Treasure to and why?

Nothing really to compare. It's a different style and composition that stands alone

What about Michael Ray Davis’s performance did you like?

His delivery made the story believable and he brought excitement to the story.

Very hard to specify any particular moments. The narration moved with ebb and flow seamlessly throughout. Many outstanding moments in the story and story telling.