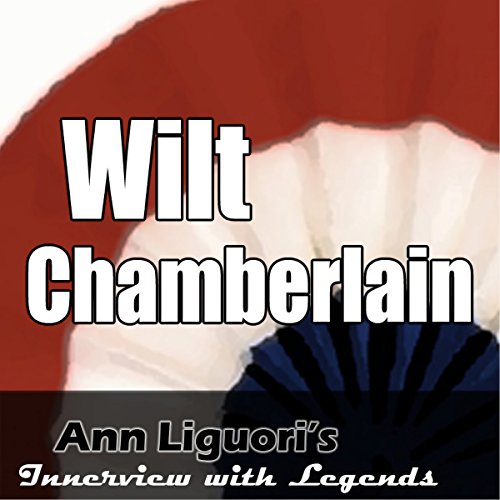 Wilton Norman "Wilt" Chamberlain, nicknamed Wilt the Stilt, The Big Dipper, and Chairman of the Boards, was an American pro NBA basketball player for the Philadelphia/San Francisco Warriors, the Philadelphia 76ers, and the Los Angeles Lakers. He also played for the Harlem Globetrotters.

The seven-foot, one-inch Chamberlain is widely considered one of the greatest and most dominant players in the history of the NBA. Chamberlain was enshrined in the Basketball Hall of Fame in 1978, elected into the NBA's 35th Anniversary Team of 1980, and chosen as one of the 50 Greatest Players in NBA History in 1996.

Here Chamberlain is interviewed by Ann Liguori, an award-winning luminary in sports broadcasting with a celebrated career that spans two decades. She talks with him about his new book, in which he shares his innermost self as well as his desires for the future. She discusses his self-consciousness growing up in the '40s and '50s as a seven-foot-tall teenager.

Liguori has interviewed some of the most legendary sports personalities, drawing out their success stories, their opinions on a variety of issues, and their love of the game.