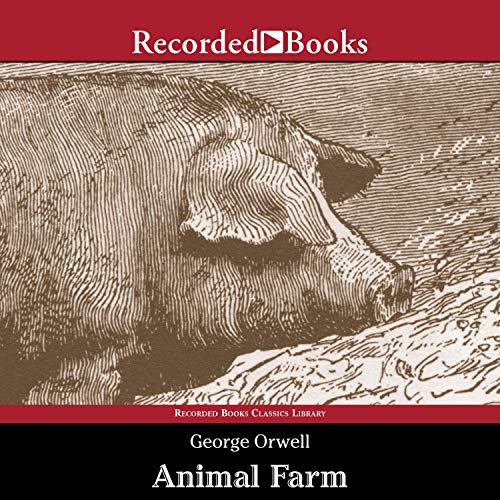 By: George Orwell
Narrated by: Patrick Tull
Try for $0.00

Animal Farm, one of the great social satires of our century, is based upon modern Eastern European history. First published in 1945, it is the classic fable of the utopian dream and the corruptive influences of power. When the animals at Manor Farm revolt against their master, Mr. Jones, their goal is to take over the farm and establish an ideal community based on hard work, honesty, and the equality of all animals. Guided by the memory of Old Major's utopian vision and the seven commandments, Animal Farm, as the animals have renamed it, briefly fulfills the ideal. Memories are short, however, and soon - through manipulation and aggression by those who assume power - the farm's founding principles are slowly eroded and abolished.

Decades after its debut, Animal Farm is still a relevant and powerful tale of how blind allegiance to political leaders leads to ruin.

What listeners say about Animal Farm

a lesson on the importance of true empathy. read it. listen to it. think about it

Animal Farm Classic of the Evolution of Despotism

George Orwell's writing exposes the worst of and best of human behavior through this story. Its message leaves a reader to conclude on the wrongs and rights of developing communities and the gradual corruption where ideals meet necessity or not. Full of surprises that kept me reading.