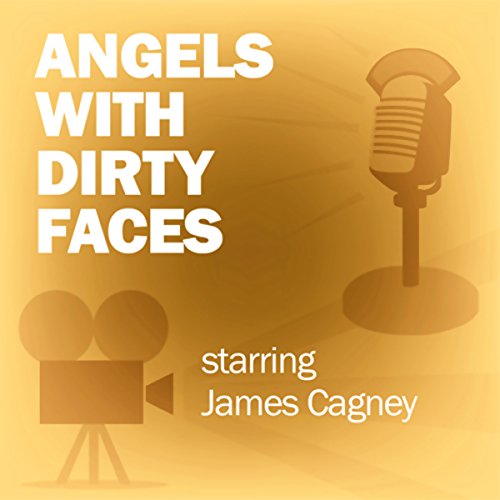 This radio dramatization of the classic movie features the original stars, including James Cagney re-creating his Academy Award-nominated role. It aired on May 22, 1939.

What listeners say about Angels with Dirty Faces

Pat Obrien and James Cagney were two of the best

the story was as good as the movie . I enjoyed the production very
much. thanks vor the opportunity to write this review.

The difference between taking a check and earning it. That's what this performance is. I listen to a lot of old radio shows. If you close your eyes and drift, it's like time travel. Unfortunately, many film dramatizations fall short of the originals. Sometimes it's time constraints, and sometimes, it's clear that the actor recreating the film is just taking any easy payday. Not so with Angels with Dirty Faces! James Cagney gives his performance every bit as much power as he did on the screen and his dedication to his craft encourages Pat and the rest of the cast to do the same. The story remains a simple, and bittersweet morality tale. If you liked the movie, or, even if you have never seen it, and just want to experience a slice of genuine 1940 gangsters, tough street kids, and likeable preachers, do yourself a favor and download this for a quick, affordable listen. Do a little time traveling of your own.

Huge Cagney fan and watch the movie many many times. Absolutely enjoyed the reading just as much. Would reccomend.