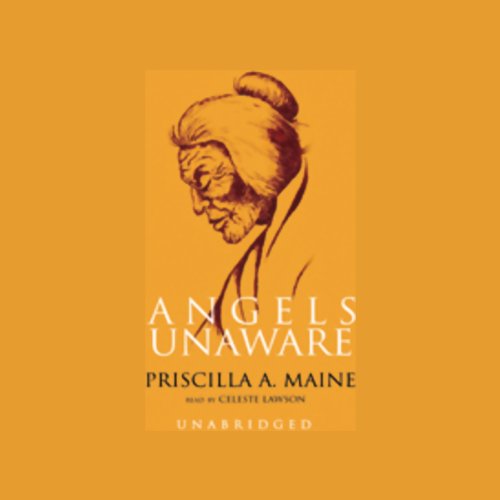 By: Priscilla A. Maine
Narrated by: Celeste Lawson
Try for $0.00

It was 1895 and time for a change, or so Rebecca thought. For 13 years Rebecca Rice had suffocated under the social restraints of widowhood, soaking up the leftovers of other people's lives like a sponge. She can't remember a time in her life when she didn't do exactly what was expected of her, until now. Armed with a knowledge of nursing and faith healing that she learned from a visiting missionary group, she heads for the hill country of southeastern Oklahoma, Indian Territory, to share her new vocation. The clannish folk of the hill country, reared and groomed in suspicion and superstition, resent Rebecca's presence in their midst. Rebecca, faced with such human conflicts as hate, distrust, jealousy, ignorance, murder, abortion, and child abuse, must also struggle with the destructive forces of nature, tornado, flood, and snowstorms. But her greatest adversary is the circuit-riding preacher, Zake Daniels, who fears Rebecca's teachings will threaten his hold on his flock.

Rebecca's struggles take her through the years 1895 to 1935. Is her faith strong enough to sustain her through the most trying battles and help her stand strong in the midst of her adversities?

What listeners say about Angels Unaware

This is one of the most wonderful books that I have ever listened to. Rebecca goes against what her family wants her to do and does what she knows God wants her to do and she is greatly blessed by it. This is her life story of her life in the Appalachian mountains. It tells of the hard times that she had with the "folk that live there." This is a story that I wish was longer. A great blessing.