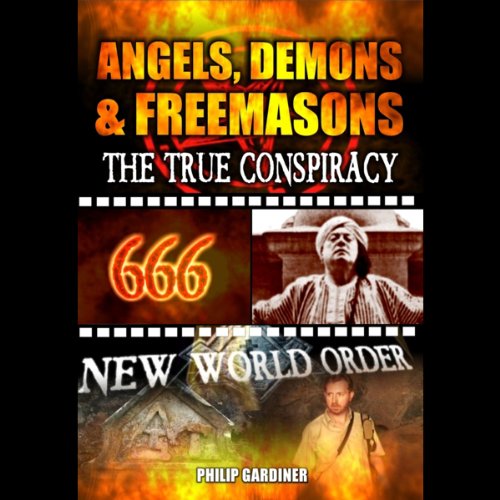 Who runs the world? Is there a shadow world of powerful and elite men pulling the strings of our global society? If so, when did it originate and why? What is the real significance of Rosslyn Chapel? What were the Templars, Assassins, Druids, Augurs, Sufi's and many more really planning for all of mankind?

Angels, Demons and Freemasons explores the myths, folklore and legends of the world of secret societies and provides startling evidence for a true and all too real conspiracy that has been ongoing for centuries.

Within every religion and every State there lurks an underground stream controlling and manipulating those in power. Great knowledge was fostered and hidden by these groups. Wars and revolutions were carefully planned and orchestrated by a Universal Brotherhood. The knowledge and power of these people would be deemed sacred and protected. Whether it was practical methods of survival such as navigation and measurement or inner psychological and spiritual wisdom, it would become the foundation for secret societies the world over.

What listeners say about Angels, Demons and Freemasons

A complete rip off

If you were taught to be cautious
Avoid this

Far too much bad music that doesn't even fit with the narrative. The narrative itself is just small pieces of speculation without any real substance. Don't waste your time.