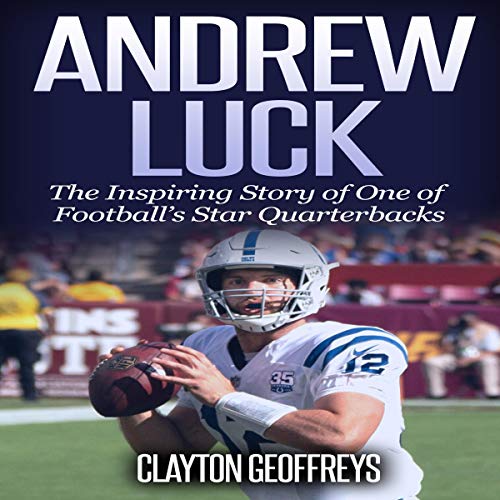 By: Clayton Geoffreys
Narrated by: Todd Eflin
Try for $0.00

In this book, you will learn the inspirational story of one of football's premier quarterbacks, Andrew Luck. Andrew Luck entered the league as one of the most promising prospects in recent league history. Some analysts said he was the best prospect they had ever scouted. To date, he has lived up to much of his hype. While he is just a few years into his career, Luck has demonstrated a seemingly innate ability to pass out of the pocket and lead an offense. It should come as no surprise that Luck made headlines in 2016 when he signed a contract extension with the Colts, which made him the highest paid player at the time in the league.

What listeners say about Andrew Luck

Not What I Had Hoped For

As a Andrew Luck/Colts fan, I was hoping that I would gain some insight into Luck's life but this is simply a regurgitation of website and newspaper articles. As a local fan of the Colts, I had already read most of the "background" of Luck's life contained in this book, and listening to recounts of games I had already seen wasn't any more entertaining. It is obvious the author simply used online searches to put together this "biography," based on all the quotes. Not worth your time unless you know nothing about Luck and have never seen any of his games.