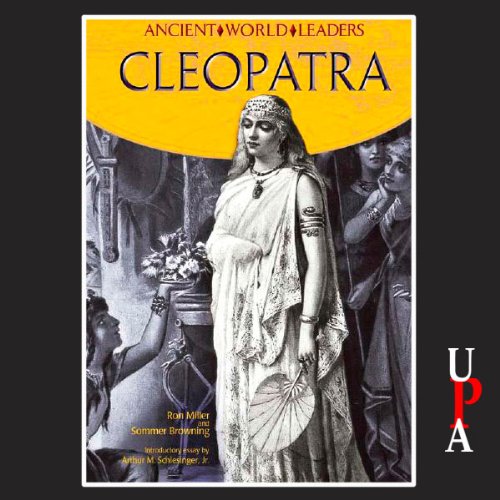 By: Ron Miller
Narrated by: Victoria McGee
Try for $0.00

An informative introduction to the life of Cleopatra. For more than 2,000 years, plays, poetry, movies, and television have portrayed Cleopatra as an ambitious woman who used her beauty to seduce powerful men like Julius Caesar and Mark Antony in a ruthless attempt to increase her own power and wealth. But is this the real Cleopatra, or one invented by male historians anxious to discredit an intelligent, competent woman who was the last great pharaoh of Egypt?

In Cleopatra, the true story reveals her to be a woman who used her great intelligence, imagination, personality, and indomitable drive in a tragic attempt to restore Egypt to the greatness it had known under the great pharaohs of old. The book is published by Chelsea House Publishers, a leading publisher of educational material.

Cleopatra was an African queen it insults my intelligence to suggest she was fair skinned n possibly blonde really?!! No her father was an African King !!!