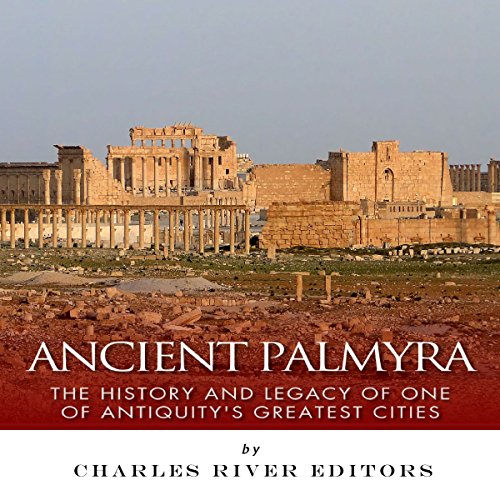 The History and Legacy of One of Antiquity's Greatest Cities
By: Charles River Editors
Narrated by: Ken Teutsch
Length: 1 hr and 20 mins
Categories: History, Ancient History
5 out of 5 stars 4.8 (4 ratings)

Recently, the ancient Syrian city of Palmyra has become a major source of news because the Islamic State of Iraq and Syria (ISIS) has embarked on a campaign to destroy the temples and art of the pre-Islamic city. For many people throughout the world, ISIS's campaign was the first time they heard about the city, but Palmyra's importance and history can be traced back to well before the Roman Empire. In fact, Palmyra was unique among the many important cities of the ancient world because, like Carthage before it, it was a city that was also a culture. Palmyrene culture, from the arts to religion, borrowed from numerous other peoples throughout the ancient world to create a culture that was uniquely "Palmyrene". Palmyra became a city like no other, and its culture shined bright for several centuries before it was finally extinguished. The people of Palmyra truly developed a vibrant culture that eventually placed the city among some of the greatest of the ancient world.