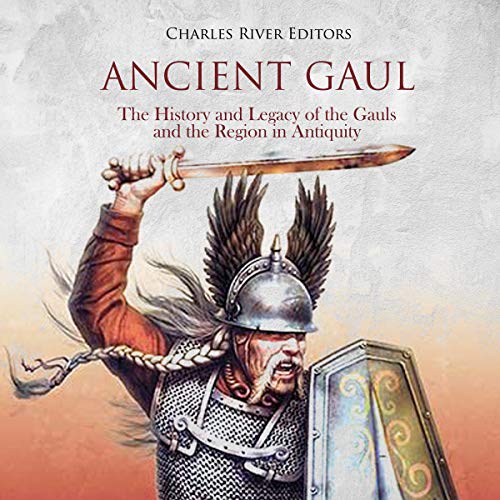 Ancient Gaul: The History and Legacy of the Gauls and the Region in Antiquity

Ancient Gaul: The History and Legacy of the Gauls and the Region in Antiquity

The Roman Republic’s development from a city state into a world power that controlled large swathes of modern Italy, Gaul, and Spain, as well as other parts of Europe is seen by many as being the direct result of Roman fear of the “Celtic Threat.” The sacking of Rome by the Gauls in 386 BC became indelibly imprinted into the Roman psyche, and with this fear came a desire to put as much distance as possible between the city of Rome and any potential enemy. The result was the gradual acquisition of buffer zones that became provinces of an empire that grew without any particular thought out or deliberate strategy of expansion.

The Gallic Wars, the series of campaigns waged by Julius Caesar on behalf of the Roman Senate between 58-50 BC, were among the defining conflicts of the Roman era. Not only was the expansion of the Republic’s domains unprecedented (especially when considering it was undertaken under the auspices of a single general), it had a profound cultural impact on Rome itself as well. The Roman Republic, so dynamic in the wake of the destruction of their ancient enemy, Carthage, had recently suffered a series of dramatic upheavals; from the great slave rebellion of Spartacus to the brutal and bloody struggle for power of Marius and Sulla. Rome had been shaken to its very core, and a victory was essential both to replenish the dwindling national coffers and to instill in the people a sense of civic pride and a certainty in the supremacy of the Republic.

Quite simply, in terms of scale, the Gallic Wars were unmatched by anything the Roman Republic had witnessed since the Punic Wars. By the end of the campaigns, ancient historians estimated that more than a million people had died, and still more were displaced or enslaved. Even by the more conservative estimates of modern historians, a casualty count in the hundreds of thousands appears possible. Either way, the war was a cataclysm, involving tens of thousands of combatants, and it also marked the greatest displays of skill by one of the greatest battlefield generals history has ever known.

Caesar’s successful campaigns in Gaul have become the stuff of military legend on their merits, but it helped that he had the foresight to document them himself. Caesar himself wrote a famous firsthand account of the Gallic Wars, apparently from notes he had kept during the campaigns, and he wrote Commentarii de Bello Gallico (Commentaries on the Gallic War) in the third person. Caesar’s account described the campaigning and the battles, all as part of a propaganda campaign to win the approval of the Roman people. As a result, he left out inconvenient facts, including how much of a fortune he made plundering, but the work still remains popular today, and it is still used to teach Latin.

Ancient Gaul: The History and Legacy of the Gauls and the Region in Antiquity looks at the most famous events involving Gaul and the ancient world, from the Gauls’ sack of Rome to Caesar’s famous conquest.