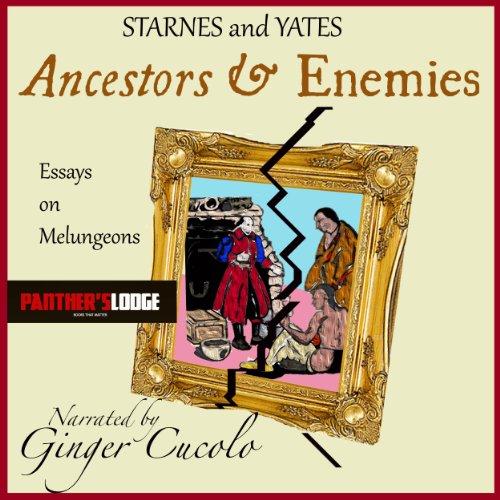 As the 20th century was ending and the millennium approached, a new ethnic category was invented in the South. The Melungeons were born thrashing and squawling into the American consciousness. They were a tri-racial clan hidden away in the hills and hollers of Lower Appalachia with a genetic predisposition to six fingers and Mediterranean diseases and an unsavory reputation for moonshining, counterfeiting and secret cults. DNA studies showed they were probably descended from Portuguese colonists and had connections with Jews, Muslims, Africans, Native Americans and Romani (Gypsies). Were they the country's oldest indigenous people? They soon got on the radar of the Bureau of Indian Affairs' Office of Recognition, which fought the nascent identity movement tooth and nail. This collection by two researchers involved in the explosive controversy tells the story of the Melungeon Movement in a coherent, chronological fashion for the first time. Fourteen original illlustrations, ranging from Granny Dollar, the last Cherokee Indian in Northeast Alabama, to Luis Gomez, builder of the oldest standing Jewish residence in the United States, add interest to the portrayal of this mysterious and exotic ethnic community.

What listeners say about Ancestors and Enemies

Magical eggplants, Mystical Melungeon and Jews don’t seem to relate at first glance but converge in answering;
Who or what is Melungeon?
When doing population studies and migration, much can be learned by following the food. For example, Maize can divulge much about Indian migrations from Mesoamerica. Likewise, eggplants went with the Jews. Yates construed a history of the eggplant and the meaning of the word Melungeon. That is in Chapter 2. He takes us through all the Melungeon origin theories, some Indian Trader History and his own families hidden Jewish and Cherokee Roots. Highly entertaining and enlightening!

The book begins by introduction with You might be Melungeon If:

You throw out eggs with blood spots.
Sweeping to a pile in the center of the room rather than over the threshold
You suffer from something folks call Indian Fever or in my family called that old Indian Blood, my aunt used to call the family autoimmune diseases that are varied and prevalent and unexplained allergies. My Aunt had Lupus she always called it that old Indian Blood disease Phyllis Starnes takes us into the mysterious diseases shared by this mixed group of southern peoples that have been written about since early explorers documented them. With the current direction of medicine going to individualized treatment with DNA it is important to know your medical genealogical tree. Her Daughter Julia muses if she likes Middle Eastern Dance because of her genes. My mom liked to take Belly Dancing for fun.
Your mother has a letter at the Baptist Church, your father at the Methodist Church, they sent your brother to the Pentecostals and they sent you to the Presbyterian Church. The church thing cracks me up. Granpa started a non denominational church to welcome all his children and the different religions. Primitive Baptist, Methodist, Church or Assembly of God. but those Catholics my mom never heard the end of that one when she married my Catholic Step Dad. Not all of the things were obvious to me but I didn't grow up among my dad's Methodist family (they are all buried at the Methodist Church) though my parents met at Assembly of God camp meetings. Going to Church was dating. My Grandmother would chaperon them by riding in the back of the pick up truck on dining room chairs.
My Granpa praised God many times a day . My Grandfather was well known for feeding anyone who showed up. He just said put another board on. Everyone had to eat together though
Xmas was just about giving gifts to family and the poor…we Celebrated Xmas with Charlie Brown home made decorated trees alongside the real one .I still love to have a really big tree decorated. Getting gifts doesn't matter so much sharing with family does.
Your grandmother was called Mahala Jane
There are six women named Alzina Louisa in your family tree. I have both of these and even a Louisa Jane.
Maternal Grandmothers Family Tree( Bonner, Turner, Carney, Adams) For Example Mary Polly Adams born in Bethany, GA 1771 married Jordan Bonner had a daughter Mahala. (married John Parker Jenkins). I have a Louisa Adams born in SC or GA before 1780 on my dads side. My grandmothers Turner Father had a Louisa Jane Carney as his mother. Louisa Jane mother was Sarah Cox. The Turner family only goes to 1838 in GA and includes all these surnames mentioned.
My initial experience began in early 2000 when I began to research my maternal grandmother much wasn’t spoken about her family because that was where the Indian Blood was. The Bonner family history handed down they were French Huguenot. I wanted to know more about all these unknown grandmothers. When I researched certain surnames and posted on forums about health I started getting pointed towards Melungeon forums. So I Had to find more. When I started trying to find more about my fathers side, his mother, surnames like Mazingo/Mozingo things really got interesting. That ends up being the most well researched lineage I have investigated and is of interest to many researchers. It appears to be North African or Moor. Looking for the Indian Ancestry of these unknown and known grandmothers I came across the Melungeon research. The Melungeons encompass related groups Redbones of Louisiana, Alabama Cajuns, and Appalachian folks the birthplace of the first written account of them at Stony Creek Baptist Church Minutes in Washington County, Virginia. Phyllis Starnes is a descendant of the Stony Creek Baptist Church members.

Donald Yates, presents a series of essays written during his process of discovery about his own family. He shares the research of surname studies and DNA studies in his books. Melungeon DNA studies were also undertaken. Genealogy he says is a window on History. DNA trumps genealogy he proclaims. It uncovers what the ancestors kept hidden and it is undeniable. It reveals interesting in-congruencies between the past and the truth. It changes what we know about Jews in America and Southern Indian History as written about in the past. Time to discover the truth.

This book arises out of the personnel experience in these authors journey of discovery. Sometimes enlightening, a thunderbolt of knowing and contentiousness. Some folks just don’t want to see the truth and cling to their own myths about their families DNA trumps genealogy we just might not want to find the truth or it will send you on the trip of a lifetime in getting to it.

Ginger Cucolo is the narrator of this book. I Love it. She reminds me of Family in , AL She has that Southern Scot-Irish Appalachian accent. Most folks don’t know that the Southern Accent derives from the old Scot and Irish Gaelic and Olde English dialect . She is the perfect person to read us the book, she adds a warm cozy southern flavor reminiscent of what the Melungeons might have sounded like. At least their descendants do.

Hirshman and Yates: When Scotland was Jewish