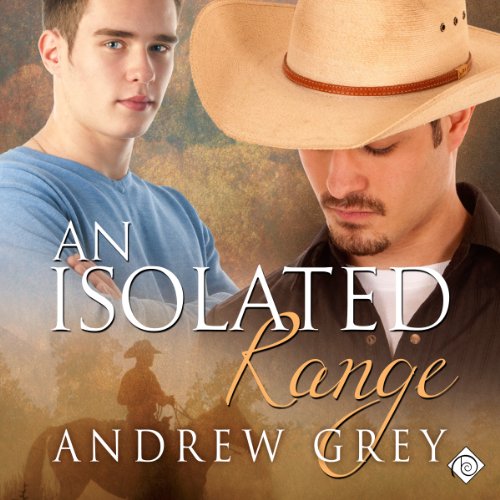 Marty Green has two loves in life: Horses and basketball. But suffering a stroke during his first college game throws a wrench in his plans. After months spent in the hospital, recuperating under the zealous care of his overprotective parents, Marty realizes he needs to be on his own, so when he's offered a job at a ranch owned by his doctor's good friend, he takes it.

When veterinary assistant Quinn Knepper sees Marty for the first time, his heart nearly stops. He's smitten, and Marty appears interested though shy. There are just two problems: Quinn's father wants him to hide his sexuality from the world, and Marty's Wyoming Senator father is a homophobe with no idea his son is gay-which Quinn learns when the senator proposes an amendment banning gay marriage.

Dealing with two unsupportive families is a heavy burden, but Quinn vows to make it work. Unfortunately, that may mean putting his life on hold while Marty overcomes his emotional isolation-unless, of course, Marty sacrifices his happiness to his father's political ambition and ends the relationship before it gets started.

What listeners say about An Isolated Range

Wonderful, simply gay all the way!😊💖

Love is what it is all about, city guys overwhelmed by cowboys, yum. Now I get to read, listen to the next book in this series.🌈

Why change Narrators on the 5th book....

Love this series, but why would they change narrators on the 5th book? Especially when the new narrator makes no attempt at all to make the primary characters, who have been carried throughout the series, sound anything like they've sounded in the rest of the series.

Western Cowboys and Jefferson wise words made the book inspirational! Wish they make this movie one day for the big screen!

I have listened to several Andrew Grey books and, while I did enjoy this one, it seems like many parts of the plot have been recycled from previous Andrew Grey books. You will still enjoy it, I did, but I couldn't get past that.