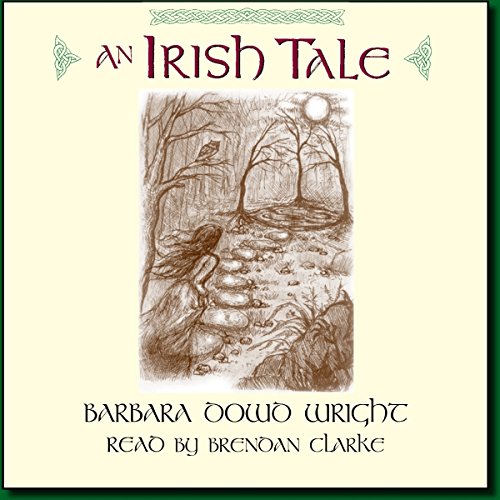 By: Barbara Dowd Wright
Narrated by: Brendan Clarke
Free with a 30-day trial

Fifth century Ireland comes alive in this imaginary tale of Kiara the healer and the shepherd boy who would change the face of history. This book weaves fact and fantasy into an engaging story.

Beginning with Niall of the nine hostages, high king of Ireland, this story tells of Maewyn Succat, a young Briton from a prosperous Christian family, who is kidnapped by Niall and made a slave in pagan Ireland. It is there he meets young Kiara, Niall's kinswoman who has learned the healing arts of her fellow pagans.

The wild and beautiful hills and glens of ancient Ireland are lyrically described as the young healer teaches the shepherd of the terror and wonder of her pagan gods. Then, a powerful dream comes to Maewyn which shows him the way to escape his bonds, return to his native land and leads him to his true calling as a Christian priest. He takes the name of Patrick.

This book will be enjoyed by anyone of any age who is drawn to the world of enchantment and imagination.

What listeners say about An Irish Tale

I love everything about this short book. For the last several months I have taken time to go through the new releases and find an author that I am not familiar with at all and a book with zero or few ratings and reviews. I select 4 or 5 titles that sound like they may be of interest to me then sample and select from among those. Since choosing a book that way, I generally look for some of the less expensive selections. So far I have enjoyed all five of the books and authors that I have selected. I believe this has been my favorite so far. In this case, I was unfamiliar with the narrator as well. He did an excellent job. I loved the story, the narration and the music was beautiful. One thing that I really appreciated was the way that the author wrote about characters with both Christian and pagan beliefs and was subjective and respectful of both. That is something I wish there was a lot more of in literature, especially historical fiction. The only complaint that I have about this book is that I wish it had been longer. I enjoyed the authors style of writing and the narrator's voice so much that I wish I could have kept listening. I look forward to more from both the author and narrator. So glad I got this book.