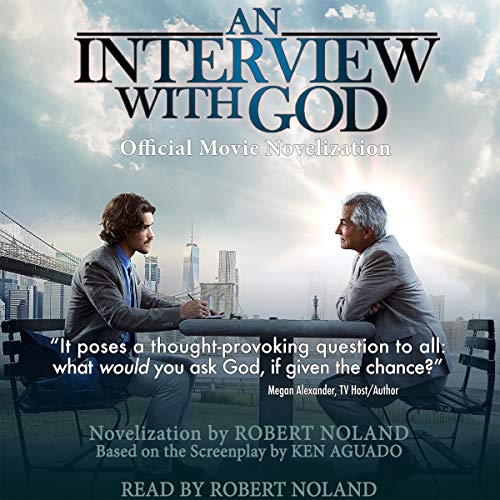 Paul Asher, an up-and-coming journalist, returns home from covering the war in Afghanistan to find his life falling apart. His marriage is near collapse, and he’s in the grips of a personal crisis he struggles to understand. And, more pressing, a soldier he befriended on the front lines is waging his own battle after discharge, and Paul is desperately trying to rescue him. But the young reporter’s life takes a strange turn when he is offered an opportunity too intriguing to resist - an interview with someone claiming to be God.

Based on the acclaimed film An Interview with God, starring David Strathairn (The Bourne Legacy) and Brenton Thwaites (Pirates of the Caribbean), the story connects our conflicts of faith to the miracles that can occur when we are confronted with a living hope.

What listeners say about An Interview with God: Official Movie Novelization

What would you ask if you could have an interview with God? The novelization of the movie covers the subject quite well and includes the inner thoughts and motives of each character in the story, which are realistically humane and relatable in their human struggles. The performance itself is decent and at a good pace, although at times it's not as easy to differentiate the voices of the characters involved within the same scene.