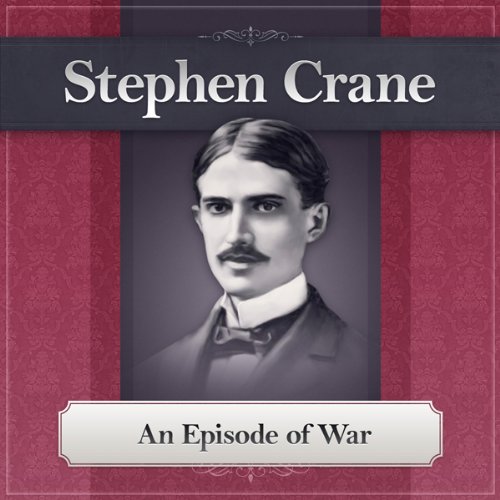 An Episode of War

By: Stephen Crane
Narrated by: Deaver Brown
Try for $0.00

"An Episode of War", which is quite short, is an unexpected Stephen Crane jewel. Crane is best known for three short stories, "The Open Boa"t, thought by many to be the best short story ever written, "The Blue Hotel", and "The Bride Comes to Yellow Sky". "An Episode of War" is perhaps the best known of the other ten Crane stories Simply recorded. It deserves to be right up there with the top three. As Simply says, this is not an NFL Power ranking, or a compare and contrast assignment. This is your opportunity to enjoy many of Crane's other illuminating and moving works. An Episode of War captures the randomness, futility, and danger of wartime as the Lieutenant is wounded while dividing up coffee for his men. A long distant random shot wings his arm. He seeks out help and is given the wrong kind by a well intentioned stranger. The gruff doctor promises to take care of it without amputation, but amputation is performed. The Lieutenant is greeted at home by family and friends and says, "Oh I don't suppose it matters so much as all that." The Lieutenant has seen so many die, be traumatized, and having worse injuries, that he views his own as a lesser event. He got home alive; many did not. Another remarkable and under-appreciated work by Mr. Crane.

What listeners say about An Episode of War