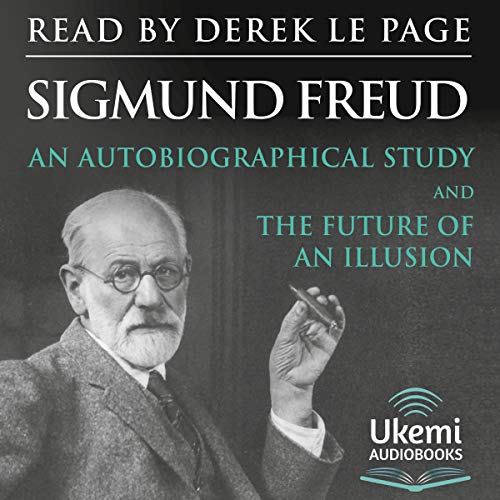 An Autobiographical Study and The Future of an Illusion

An Autobiographical Study and The Future of an Illusion

Sigmund Freud (1856-1939) reveals himself in this autobiography, which is simultaneously an account of the early history of psychoanalysis, to have been an outsider from the start.

This fascinating account describes the journey of a young, Jewish doctor setting out to find his way in the world of professional medicine, his relationships and collaborations, friendships made and lost and his investigations into cocaine, hypnosis and the cathartic method which contributed to the evolution of his conceptual framework and practices. He acknowledges his debts to Josef Breuer, Jean Martin Charcot and others, who provided him with the seeds of his theory of sexual repression, which in turn led him to investigate the sex lives of neurasthenics and the symptoms of anxiety neurosis.

All of these were key elements in the creation of the scientific discipline of psychoanalysis. He highlights the importance of patient observation and describes in detail the processes by which he identified the aetiological factors pertaining to different kinds of disorder. His account of the discoveries that made the genesis of psychoanalysis possible and the difficulties that had to be overcome to truly internationalise it and thereby consolidate his legacy is a remarkable reflection on his life’s work. He describes his time in the United States and the results of meeting with Harvard neurologist James J. Putnam and the philosopher William James.

He outlines how the transition from catharsis to psychoanalysis was far more than a mere name change or a cosmetic exercise but was informed by his studies in infantile sexuality and the biphasic onset of human sexual life, as well as the conceptualisation of the existence of the ego, id and superego. He charts his life’s path, outlining how he came to integrate insights deriving from the Oedipus complex postulate, the free association method and the transference hypothesis, into his work; and he mentions most of the major figures in the field in passing, including Carl Gustav Jung and Alfred Adler, who split from his approach to develop their own methods.

In The Future of an Illusion he considers the role of religion in culture and critically assesses the nature of the sacred experience and religious thinking. In order to avoid the dangers of producing a science biased monologue, he carries out a kind of dialectic discussion between science and religion, expounding his own rational beliefs but juxtaposing them with those of a hypothetical defender of the religious position, both of which voices are skilfully brought to life in Derek Le Page’s reading.

He argues logically and systematically in the rational humanistic tradition that the scientific approach leads to an awakening of the mind and an awareness that religion is essentially a kind of wish fulfilment, an illusion, albeit one that makes life more bearable and satisfying for millions of believers. Science, he concludes, is not an illusion, but it would be illusory to imagine that the truths it offers could be obtained in any other way.