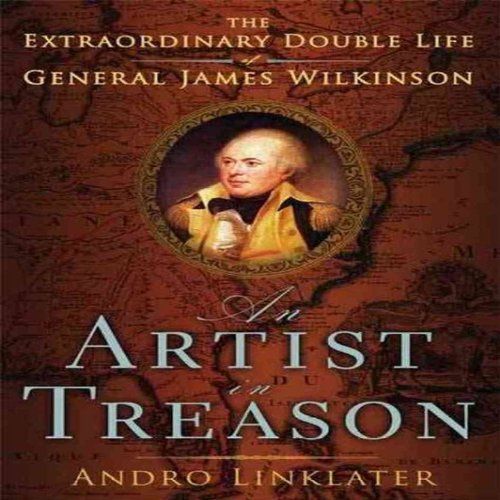 An Artist in Treason

By: Andro Linklater
Narrated by: Bill Hensel
Try for $0.00

For almost two decades, through the War of 1812, James Wilkinson was the senior general in the United States Army. Amazingly, he was also Agent 13 in the Spanish secret service at a time when Spain's empire dominated North America. Wilkinson's audacious career as a double agent is all the more remarkable because it was an open secret, circulated regularly in newspapers and pamphlets. His saga illuminates just how fragile and vulnerable the young republic was: No fewer than our first four presidents turned a blind eye to his treachery and gambled that the mercurial general would never betray the army itself and use it too overthrow the nascent union - a faith that was ultimately rewarded.

What listeners say about An Artist in Treason

Very well written story tremendous detail flows wonderfully. The reader is amazing I haven’t done but about 50 bucks now as audible he was the best. Voices accents emphasis this guy is really good and adds tremendously to the story. Only thing I could see specifically was a sentence or two about John Henry and the pre-war of 1812 con job. The book indicates that he came from Canada when Canada came from Canada with the story leaving out that he had been refused compensation by the Canadian representative of England went to England to argue his case for money and met the French ConMan on it on his way back anyway it’s a really interesting story another self perhaps our author could do it justice in another piece. Highly recommend you read this book ties so much of the western history of the clonesUS. My focus has been on the eastern US including the supreme court justice Marshall etc. it’s really interesting to see the parallel activity that went on and see how it interacted with the other major events of the US.