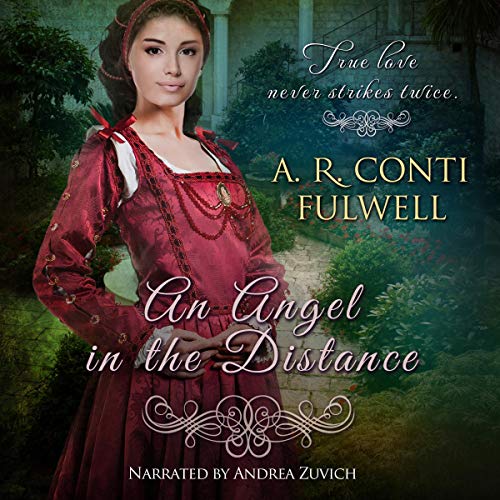 An Angel in the Distance

Lina d’Orsini wants nothing more than to paint until her heart is content. Enthralled by the world of art, she does not complain when treated as a servant in her own house by her would-be stepmother. When her friend, Sofia, whisks her away to a ball at the Florentine palace for Lina’s 18th birthday, Lina ends up with a lot more than just a dance.

Lorenzo de Medici is tormented by his uncertain future as his family dynasty is constantly threatened by outside forces. When he meets Lina, she gives him the courage to move beyond his haunting past.

Will the two be able to fight the forces working against them and have a future together? With Lina’s life at stake, they must find a way to forgive, but never forget.

What listeners say about An Angel in the Distance