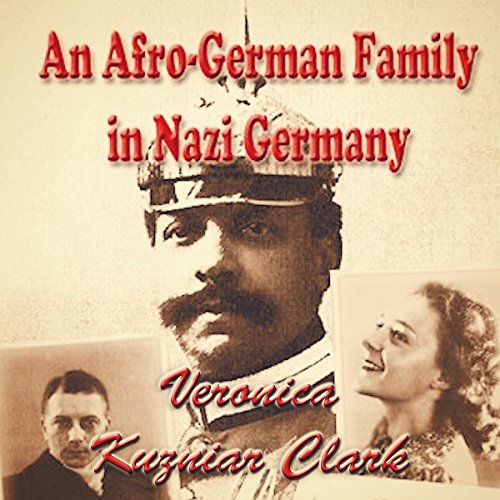 An Afro-German Family in Nazi Germany

An Afro-German Family in Nazi Germany

This is the virtually unknown story of Gustav Sabac el Cher. Gustav, a black man with a gift for discipline and music, grew up in Königsberg and became "the only black bandmaster of the German Army."

This fact-filled story takes the listener back in time, over 150 years ago. There we meet the controversial Prussian Prince Albrecht, getting to know him via his travel adventures, as well as in war. Prince Albrecht brought many things from Arabia back to Prussia, one of which was a "human gift" from the Egyptian Viceroy Muhammad Ali: a seven-year-old dark-skinned boy. He was given the name August Albrecht Sabac el Cher and accompanied the Prince from that point on.

The social climate of the Prussian state of the 40s and 50s was one of curiosity towards "others", not hostility. August's dark skin greatly benefited him, in fact. His career at Court flourished. In 1867, he married a German woman, Anna Maria Jung, the daughter of a Berlin clothesmaker. While the happy couple lived relatively trouble-free in Germany, their two children, Gustav and Elise, were dealt a different fate, as were their children who came of age in Nazi Germany.

Utilizing records and eyewitness accounts, this wonderful little book paints a comprehensive depiction of the whole family. One learns, for example, that Gustav's sons, Herbert and Horst, were deeply loved by all. Both mastered music early on and both pursued professional careers. While Herbert continued in this vein with measurable success, Horst was not so fortunate. In 1943 he was drafted as a Wehrmacht medic!

Listen to find out more....

In the early 1800s, Prussian Prince Albrecht traveled to Arabia where an Egyptian viceroy gifted the prince a young dark-skinned boy who became known as August Albrecht Sabac el Cher. Sabac el Cher traveled extensively with the prince and in 1867 married a German woman, Anna Maria Jung. Their life seems to have been fairly successful, but follow their children and their families through later Prussian and German governments through their occupations. The trace of the careers is interesting and offers a unique perspective.

I was intrigued by the title for this new audio release and found the author's research and treatment into the subject an excellent new resource. I really hope that more of the books by Veronica Kuzniar-Clark will be made available as audio books. Excellent topic! Definitely check out the author's web site referenced with the book's description since there are more books on similar topics.

Excellent choice for the topic and history! Definitely listen to this one soon. Consider the book for recommendations to students.

The detailed diaries and firsthand accounts from the subjects show an intriguing and successful family while still offering a colorful and contemplative view of the life of the everyday citizens of Germany.

Through these remarkable lives we get a sense of the tumultuous political times! The diaries and memoirs combine to form a series of interwoven biographies, both deeply personal and inquisitive with regard to the question at hand- what could it have been like as one of the few Black citizens in in a society infamous for its intolerance.

The narration is engaging and thoughtful, and it really contributes to the emotional atmosphere of the story!

Interesting story, but the reader is irritating me to the point I’m about to give up. It’s unusual, because that’s one component of audiobooks I don’t normally notice one way or the other.