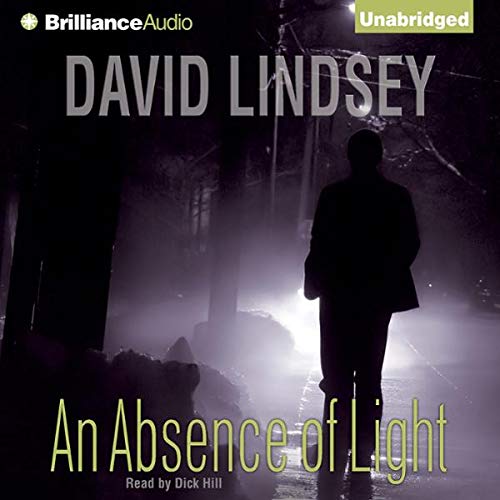 An Absence of Light

An Absence of Light

When Arthur Tisler, an investigator in the Houston PD's Intelligence Division, is found with a bullet in his head, everyone hopes it's suicide. If so, the case can be quietly closed. If Tisler's death is connected to his investigations - this could turn into the biggest scandal in department history.

The investigating captain, Marcus Graver, can't rely on the "inside," so he hires an independent, a woman who has spent most of her career in the CIA's Far East operations. Her surveillance leads to a legendary deep-cover agent of the Mossad - one of the richest and most ruthless criminals in the world. Graver could be out of his league.

David Lindsey tends to sacrifice nuance of character in his quest for a compelling story line here. This reader did not get much sense of who the major players are and why they do what they do. Relationships are pretty much reduced to the logistics of plot development. Consequently, a tolerably good narrative falls a little flat. I went with this book largely because of Dick HIll's always competent narrations.

Long, dated, but I enjoyed it

This book was written in the 90's and is dated. I still enjoyed it just like I enjoyed the Maltese Falcon. There were no cell phones or wireless technologies. This book is long and will take a commitment. I wish there were more of the author's books in Audible library