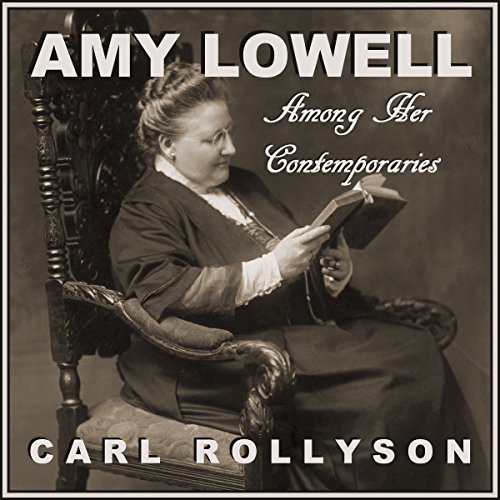 Amy Lowell Among Her Contemporaries

Amy Lowell Among Her Contemporaries

This engaging collection of essays restores Amy Lowell's rightful place in the history of American literature. Carl Rollyson, author of several major literary biographies, corrects the distorted and often hostile accounts of Lowell that have appeared in biographies of D. H. Lawrence, Robert Frost, Ezra Pound, and other writers who collaborated with her in establishing the "new poetry" as an integral part of post-World War I American culture. For the first time, a well-rounded portrait of Lowell emerges to contradict the malicious and inaccurate reports of her public and private life.

Especially notable is Rollyson's discussion of Lowell's friendships with women who wrote memoirs about the poet that contradict the sort of prejudice leveled against her by Pound and his circle of writers and critics. Rollyson's brief but revealing discussions of Lowell's poetry and his inclusion of the full texts of key poems, makes this volume an authoritative introduction for new listeners of one of the 20th century's important writers. And Rollyson's meticulous analysis of several literary biographies also makes a contribution to the study of contemporary life writing.