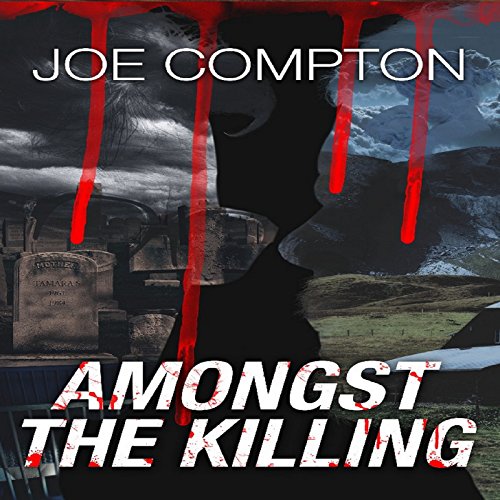 For as long as he could remember, Detective Charles Street wanted to be a police officer, moreover, a detective. He wanted to be knee-deep in the action, working the biggest cases and reaping the biggest rewards. But he didn't think when his dream job came calling that it would ever turn into his nightmare.

For as long as he could remember, Jack Casey just wanted to be free, his own man to do what he pleased, when he pleased. He too craved action, and when his dream life came calling, he didn't think he would meet anyone who was his equal, and he definitely didn't think he would ever have difficulty leaving behind the world he loathed and mocked.

Amongst the Killing documents both of their stories, told in their own words, as the moments unfolded when their paths first crossed and their lives intersected. How could two men, with two different philosophies, be so different and yet so connected?

As the ultimate cat and mouse game unfolds, each has to deal separately with the other's decisions and the effects they have in turning their lives sideways and upside down. Will one of them crack? Will one of them succeed? Ultimately, the journey may mean more than the game and show both of them the outcome neither was ever expecting.

Joe Compton skilfully created tension in the listener to their limits with this adrenaline-fuelled cop vs killer masterpiece. The fascinating relationship between Jack Casey and Detective Street was la captivating game of chess with each trying to outwit the other. Full of suspense.

I received a free audio copy of this book to write a review.

This book tells two stories at the same time. One is about Charles Street, a detective that loses his wife and daughter to the serial killing he is chasing. The other story is about Jack Casey, the serial killer. It tells the different story lines rotating chapter by chapter. Because of this I wasn't impressed with the writing. The narration was good and it was easy to distinguish between "Charlie" and "Jack".

While it wasn't my favorite, I did finish listening to the book.

I think the story is pretty good, although it's nothing new but has its own twists and turns that make it unique. I found it hard to follow at times because the narrator seemed to run words together and read the story instead of telling the story. I, personally, would have probably enjoyed this book more if I had read it in book form instead of listening to it in audio form.

I received this at no cost from audiobook boom for my honest and unbiased review.