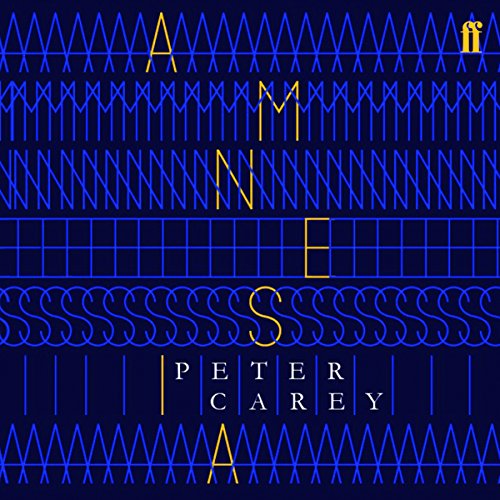 By: Peter Carey
Narrated by: Colin Friels
Free with a 30-day trial

Has a young Australian woman declared cyber war on the United States? (The Justice Department thinks so.) Or was her Angel Worm intended only to open the prison doors of those unfortunates detained by Australia's harsh immigration policies? Did America suffer collateral damage? Can she be extradited to a country with the death penalty? Is she innocent? Can she be saved? Enter her mother, the actress Celine Baillieux.

With Celine comes the outrageous Woody Townes, a Melbourne property developer, millionaire, and patron of left wing causes. Murray delivers half a million dollars bail to the court, appoints a distinguished lawyer, and hires an old mate to write a biography to vindicate the young woman.

The old mate is Felix Moore, known to his fellow journalists as Felix Moore-or-less correct. His politics are far too left. His grasp of reality is sometimes unreliable. He is a magnet for lawsuits. His career is over, and then he gets this chance. 'I had fought the good fight all my life,' he confesses, 'but I had also become an awful creature along the way.'

It will be our great good fortune to live inside Felix's comic, cowardly, angry, fundamentally humane character as he attempts to find redemption.

Amnesia is a masterful novel, both dark and funny, whose tangled roots drive deep into the denied history of the United States, the CIA, and its relationship with its old friend and client, Australia.

What listeners say about Amnesia

Really like Peter Carey and the "synopsis" sounded great. The book starts well and I had real good hopes after the first hour. Downhill all the way after that. There just isn't any intrigue. "Has a young woman declared cyber war on USA" - is the background but just doesn't rise to the surface from too much "past telling".

A vivid book, a little let down by the performance

What made the experience of listening to Amnesia the most enjoyable?

I've only just started listening to audio books, so can't rank it, but how fantastic to be 'reading' in the otherwise dead time while driving, doing chores etc.

What was one of the most memorable moments of Amnesia?

Why the school-ish comprehensions questions ? Surely an open-ended review format would be better?

By narrator, do you mean in the literary sense, or to indicate the actor reading the piece? If the latter, you mean "reader", not "narrator", and there are unnecessary slips by the reader, especially in pronunciation (see below).

Again - why the school-ish comprehensions questions ? Surely an open-ended review format would be better?

The reader, Colin Friels, for some reason can't pronounce "valium" (I don't think "vaylium" is mere an Australianism), and gives up completely when confronted with a foreign word. Thus "scandale" (French, presumably) is pronounced to rhyme with the Gipsy King's "volare", "reportage" to rhyme with "porridge" and "basso" as "base-oh". If you've ever heard Peter Carey read his own work, you'll know how beautifully the rhythm of his prose delivers when spoken. Friels, though, fudges it. Rushing where he should linger, and making elisions which suggest he's not completely into what he's reading. It's good, enough, I suppose, but I wish they'd had Carey read it himself.

I'm pleased I now know about the history at the heart of this book. Now want to find out more.
Carey is a very skilled writer, but I felt strangely uninvolved with the characters. Maybe if it was the rather macho delivery of narrator. Kinda glad to get to the end for whatever reason.

Not to be forgotten

Yes, because it is so good on alternative Australian political culture, though I wouldn't make this my first Peter Carey novel.

What does Colin Friels bring to the story that you wouldn’t experience if you had only read the book?

Was Amnesia worth the listening time?

“Amnesia” is tough-going as an audiobook, not because Colin Friels reads it badly; actually, he is great on accents and enhances the humour. But Peter Carey chooses to tell this story of Australian alternative political culture and its grievances against the USA in a sometimes bewildering way. There are many time-shifts and the narrative point of view frequently changes, making it difficult to know who is speaking/writing, as Felix Moore, who describes himself as Australia’s “sole remaining left-wing journalist”, goes about telling the story of Gaby Baillieux who has hacked into Australia’s prison computer system. That system is linked to the US’s prison system and she becomes an enemy of the US, as well. The latest in many enemies, as Felix tells the story, because the political centre of the novel is the legacy of the 1942 “Battle of Brisbane” between American and Australian armed forces and “the coup of 1975”, when “the people’s government was taken from them” and “the governor-general … had the armed forces on red-alert”. When the Queen’s representative removed elected Prime Minister, Gough Whitlam, the CIA played a key role; indeed, it may have been a US coup, rather than a British one. This extraordinary event reverberates through the novel, influencing the present, and, for Felix, is part of the great political amnesia which gives the novel its title.

“Amnesia” doesn’t match “Jack Maggs”, my favourite Peter Carey novel, but it is quite a tour-de-force. When I lost my way in the novel it didn’t really matter. “Amnesia” -- whoever happened to be narrating it -- flowed on, much as Thomas Pynchon’s “Inherent Vice”, flows, even when it isn’t clear what is going on.

good but not his best

Did Amnesia inspire you to do anything?

I am a fan, if you have not listened to him before try another before this.