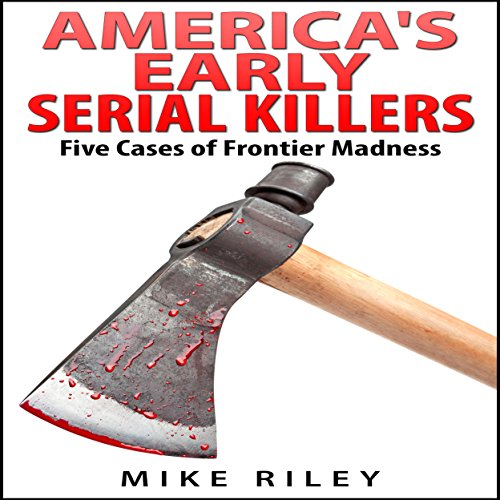 By: Mike Riley
Narrated by: Paul Aulridge
Try for $0.00

America's Early Serial Killers contains in vivid detail the murderous activities of five serial killers starting back in the 1790s and continuing through to the 1890s. In one case, the killer has never been identified. Given that these cases occurred so long ago, there will certainly be differing accounts as to what happened and who did what. The research was as thorough as possible though the conclusions may differ from other resources.

The serial killers included in this book used different tactics and methods than current day serial killers though the atrocities were as bad if not worse.

Included are the cases of:

If you enjoy reading about true crime that's a bit unusual, this book will certainly satisfy and at the same time also reveal some facets of early American life.